Other tests by the North in 2022 included a hypersonic missile, and its first launch of an intermediate-range missile since 2017, which could be capable of reaching Guam. 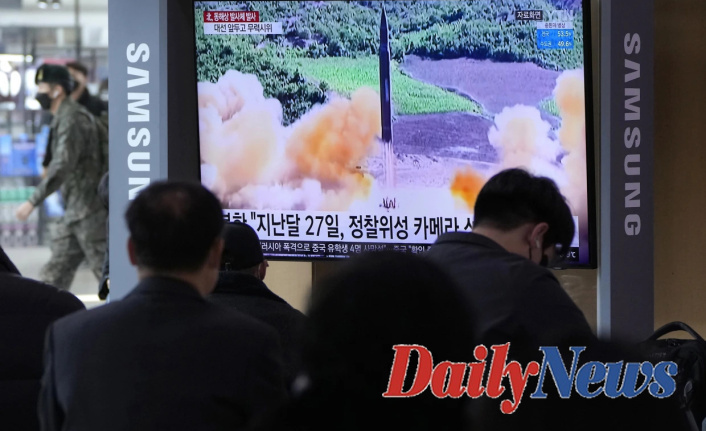 SEOUL, South Korea -- North Korea fired a ballistic missile into the ocean on Saturday, according to military reports. This was apparently in an attempt to extend its weapons testing streak this year, despite a prolonged freeze of nuclear negotiations with the United States.

South Korea's Joint Chiefs of Staff claimed it detected one launch of a ballistic missile in an area close to Pyongyang, North Korea. However, it did not immediately state how far it flew.

Nobuo Kishi, the Japanese Defense Minister, stated that the missile probably landed outside Japan's exclusive economic zone and that there are no reports of damage to vessels. Early assessments indicate that the missile flew approximately 180 miles eastward at an altitude of 340 mile before reaching the waters between Japan and the Korean Peninsula.

The flight details were identical to the North Korean launch on Sunday, which was also carried out from Sunan, near Pyongyang. According to North Korean media, the launch was intended to test a camera system that it is developing for a spy satellite.

According to South Korea's presidential offices, Suh Hoon, the national security advisor for South Korea will preside over an emergency meeting of the National Security Council to discuss the launch. The launch was not immediately confirmed by either the U.S. military or government.

Kishi said that the missile was launched just as the international community responded to Russia's invasion in Ukraine. He also stated that the launch occurred during the Beijing Paralympics.

He said to reporters, "This is completely unacceptable."

This was North Korea's ninth round in weapons launches in 2022. It continues to use diplomacy as a pause to increase its military capabilities and to press the Biden administration to make concessions.

As South Koreans waited in line at polling stations to vote in advance of the next Wednesday's presidential election, the launch occurred. After months of bitter campaigning, the two main candidates have argued over whether South Korea should maintain engagement with the belligerent North and take a more aggressive line in addressing its nuclear threat.

Other tests by the North this year included a hypersonic missile launch and the first launch of an intermediate-range missile since 2017, which could reach Guam, a key U.S. military base in the Pacific.

Analysts believe that North Korea may up the ante and resume testing major weapons such as intercontinental missiles. This is in an effort to make a difference with Washington, which is currently preoccupied by Russia's invasion and competition with China.

Negotiations remain stalled after Trump's and Kim's February 2019 meeting collapsed. The Americans rejected North Korea’s demand for significant sanctions relief in return for the dismantling of an aging nuclear facility. This would have been a partial surrender of North Korea's nuclear capabilities.

Although the Biden administration offered to talk to Pyongyang, it has not shown any willingness to provide badly needed economic benefits unless Pyongyang takes concrete steps to reduce its nuclear weapons program.

According to the North, it claims it is testing spy satellite camera systems. This suggests that it could conduct a long-range rocket test disguised in a space launch. It would be able to improve its weaponry and exert more pressure on Washington.

Analysts predict that North Korea will launch an unmanned rocket carrying a satellite before a significant political anniversary in April. This is the birthday of Kim Il Sung, the late grandfather to Kim Jong Un.

1 Capitol Rioter from Idaho is sentenced to 4 years... 2 Missouri Detective sentenced to 6 Years for the murder... 3 Florida mother pleads guilty in murder of her 5-year-old... 4 Jan. 6: The Jan. 6 Committee makes the case for Trump's... 5 Republicans are courting a growing conservative voter... 6 Blinken listens to the harrowing stories of refugees... 7 While the world rallies around Russia to condemn it,... 8 Florida Senate approves GOP bill to create a police... 9 The Georgia city has been a refuge for refugees and... 10 Zoom call with Congress: Zelensky asks for fighter... 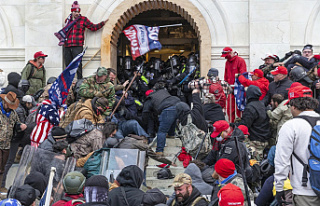 Capitol Rioter from Idaho is sentenced to 4 years...