Russia wants assurances that the West won't impose new sanctions on Moscow in response to its invasion of Ukraine. 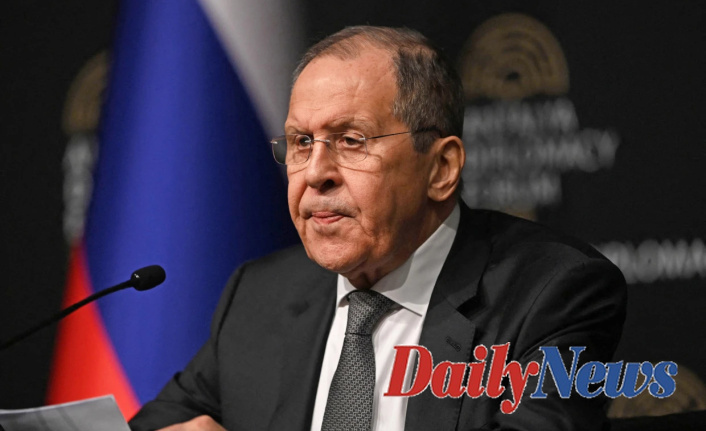 Negotiations in Vienna ended Friday without agreement on a time for the parties to meet again, after Russia stated that it needed written assurances that new Western sanctions placed against Moscow following its invasion of Ukraine would not affect its trade and military cooperation.

The Russian move threatened the months-long effort of the United States and European countries to curb Iran's nuclear activities and stop Tehran building nuclear weapons. According to Western diplomats, Moscow played a constructive role in the negotiations before Russia invaded Ukraine.

The final text of the agreement to renew Iran's nuclear accord was "essentially ready" and "on the table," Josep Borrell, European Union foreign policy chief, told reporters.

Officials from the West claimed that Russia's new demands, laid publically by Foreign Minister Sergey Lavrov last weekend, caused the break in talks. It was not clear if the deal can be saved.

Eric Brewer, a former senior official in national security who was involved with arms control policy under the previous U.S. administrations, said that "the Russian demands have thrown an iceberg into this process at a very last minute." Brewer, now a senior director of the Nuclear Threat Initiative, said that it is now unclear whether negotiations will succeed.

British diplomat Stephanie Al-Qaq was director of Middle East & North Africa at the U.K. Foreign Office. She stated in a Tweet that she was "deeply disappointed" that the talks were halted. She also said that Iran and the United States had "worked very hard to resolve final issues."

She said, "External issues must be resolved within the next few days or agreement will unravel."

So far, the United States and European governments have not responded to Russia's request for sanctions. They claim it is outside the scope of the 2015 nuclear agreement, also known as the Joint Comprehensive Plan of Action.

The new Russia-related sanctions are completely unrelated to the JCPOA. "They shouldn't have any effect on a possible implementation of the JCPOA," Ned Price, spokesperson for the State Department, stated at a Friday news briefing. "We have also made it clear that we don't intend to offer Russia any new or special information in relation to these sanctions.

Robert Malley, the U.S. special representative and his team of negotiators have returned to Washington to consult with Price. Price stated that decisions will be made in places such as Tehran and Moscow.

"Now is the right time for all parties show seriousness," a spokesperson from the State Department, who was not authorized, said to NBC News. We urge Russia and all other parties to resolve the remaining issues in order to achieve our common goal of ensuring Iran doesn't acquire a nuke weapon.

In exchange for easing U.S. economic sanctions and other restrictions, the 2015 nuclear agreement between Iran, Britain, France and Germany, Russia and China imposed restrictions on Iran’s nuclear program. Trump pulled the USA from the agreement in 2018 and imposed sanctions on Tehran.

Iran has now exceeded the agreement's limitations on its nuclear work by using advanced centrifuges, and building up a stockpile uranium that is enriched to levels not allowed under the JCPOA. Experts in arms control say Iran is just a few weeks away having enough fissile material to make a nuclear weapon.

Mikhail Ulyanov (Russia's envoy for the nuclear negotiations) rejected the notion that his government had stalled the negotiations and stated that Moscow's interests must be considered.

Ulyanov stated that "in view of the new circumstances" and the wave of sanctions against Russia, we have the right protect our interests in nuclear fields and the wider context.

Saeed Khatibzadeh, spokesperson for Iran's Foreign Ministry, said that the Vienna talks broke down and could be used as a momentum to resolve any remaining issues necessary for the renewal of the agreement.

In a tweet, the foreign minister stated that "Successful negotiations will be the main focal point of all" "No external factor can affect our collective will to move forward for a collaborative agreement."

Enrique Mora, an EU diplomat, met with Iranian officials Friday and said that they were "almost there" and that they are "almost at the limit for negotiating footnotes."

The deal stipulates that Russia will receive excess enriched Uranium from Iran in return for natural uranium. It will also provide fuel for a Bushehr nuclear plant and other assistance to Iran to ensure its nuclear program is peaceful.

Experts said that Russia could not be saved if it remained in its current negotiation position.

"The Kremlin seems not to think that reducing global energy prices or resolving a major security problem for the West is in its best interest."

Brewer, of the Nuclear Threat Initiative, says that there are three options: persuade Russia to accept their demands, restore the agreement without them or negotiate an interim deal.

None of these are easy. Each one takes time. Brewer stated that time is scarce.

1 Former President Barack Obama claims he tested positive... 2 The first step to sanction Russian oligarchs is finding... 3 "The longer we wait the more it will get":... 4 Texas judge temporarily stops investigations into... 5 Biden administration lifts asylum restrictions on... 6 Russia warns the U.S. about military shipments to... 7 Gabby Petito case: A timeline for her disappearance... 8 "Don't Expect the Mueller Report":... 9 Democrats are worried about 2022 and believe they... 10 Ukrainian foreign minister calls on the West to send... 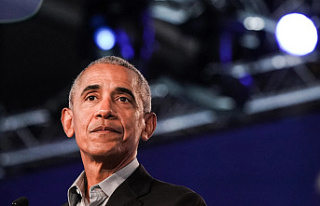