Local police reported that two explosions at a radio station close to Ukraine knocked out the service of two powerful antennas in Trans-Dniester in Moldova, a separatist region. 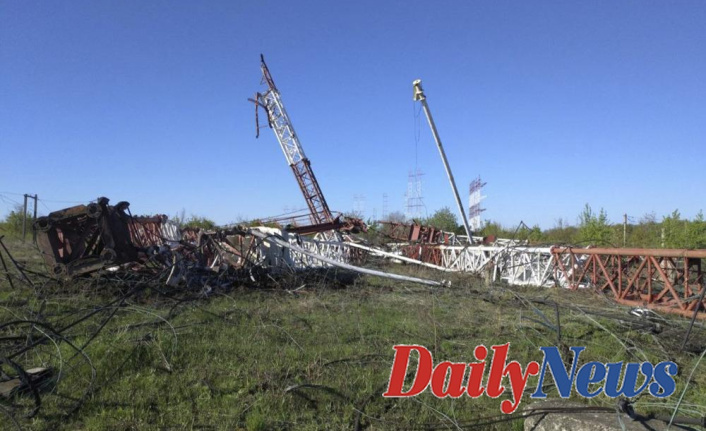 Since 1992, Trans-Dniester has been under the control separatist authorities. It is a small area of land that houses approximately 470,000 people. Russia has about 1,500 troops stationed in the region as peacekeepers, although they have no intention of deploying them.

Officials from Ukraine expressed concern that Moscow might use those forces to invade Ukraine. Meanwhile, the threat of renewed fighting over Trans-Dniester is worrying Moldovan authorities.

According to the Interior Ministry of the region, the explosions occurred in Maiac, a small town located 12 km (7 miles) west the Ukraine border. Officials said that no one was injured.

Two antennas were used to broadcast Russian radio programs. The blasts have not been claimed by anyone.

The United States warned that Russia could use "false flag" attacks to attack nearby countries as a pretext to send troops in during the conflict in Ukraine.

Reports indicate that several explosions occurred Monday at the Ministry of State Security in Tiraspol (Trans-Dniester’s capital), and were believed to be caused by rocket-propelled bombs.

On Tuesday, Trans-Dniester's Security Council reported that there were three incidents in the region: explosions in Tiraspol Monday and Tuesday, and damage to a military unit located in Parcani.

Officials didn't provide any details about the incident but described it as "a red level terrorist threat" and promised additional security measures for the area.

Trans-Dniester President Vadim Krasnoselsky called Tuesday for anti-terrorist security measures to be imposed at a "red" level for 15 days. This includes the installation of blockposts at city entrances.

Mykhailo podolyak, a Ukrainian presidential advisor, warned that Moldova could be next to be attacked in a tweet.

"Bad news: If Ukraine falls tomorrow Russian troops are at Chisinau’s gates," he tweeted. He was referring to Moldova's capital. "Good news: Ukraine will ensure the security of the region. We must work together."

The country's Supreme Security Council met Tuesday to discuss the incident. She stated that a security analysis had shown that the explosions were carried out by "different forces in the region, who are interested in destabilizing this situation."

Sandu stated that "we condemn any challenges or attempts to lure Moldova into actions which could jeopardize peace within the country." "Chisinau insists on a peaceful resolution of the Transnistrian war."

Sandu said that "we will take all necessary steps to prevent escalation and to strengthen the security state and to protect citizens." "We are open to continuing the dialogue for the resolution of the conflict in the area in a peaceful, diplomatically negotiated way." 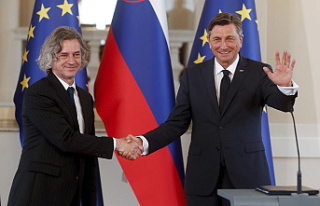