14 rows behind the king: Trump mocks Biden at Queen's funeral

For once, US President Joe Biden does not play the first violin at the funeral service for the late Queen in London's Westminster Abbey. 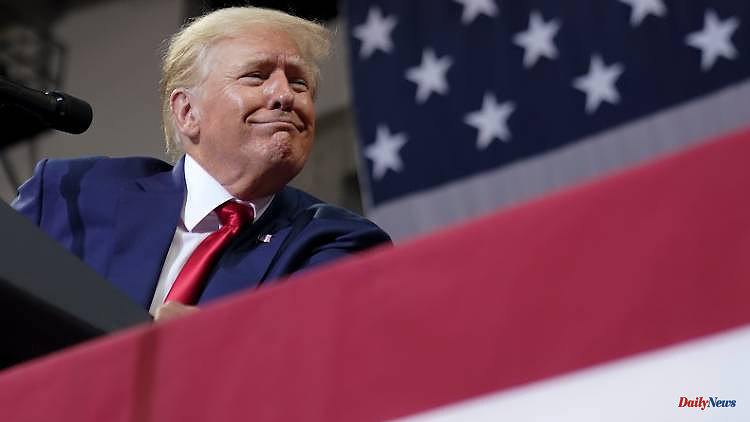 For once, US President Joe Biden does not play the first violin at the funeral service for the late Queen in London's Westminster Abbey. He and his wife Jill sit relatively far back in the church. For his predecessor Donald Trump, this is a godsend.

Ex-US President Donald Trump is known to be particularly good at gossip. And so he once again mocks his successor in office, Joe Biden. The reason: Biden's seat at Queen Elizabeth II's state funeral, which took place on Monday in London's Westminster Abbey.

In fact, the incumbent US President and First Lady Jill Biden didn't exactly have a top spot at the memorial service. Rather, the two were 14 rows behind King Charles III. placed, in the back of the church.

On his social media platform Truth Social, Trump is now claiming that under Biden's leadership, America has lost respect on the international stage. "It happened to America in just two short years. No respect," writes the 76-year-old, adding: "If I were the president, they wouldn't have put me there - and our country would be very different than it is now!"

In another post on the platform, Trump emphasizes the importance of location: "In real estate, as in politics and in life, location is everything!"

Biden was one of the few heads of state to drive his own car to the funeral service at Westminster Abbey. As a result, he and his wife Jill are said to have missed the time slot for arrival. The Bidens therefore apparently had to wait at the entrance before they could enter the church, since a procession as part of the service had priority.

Other heads of state, who were among the 2,000 guests at the event, traveled together in buses. It's possible that the Bidens' solo approach and late arrival meant their seats were so far back.

As "The Telegraph" reports, the protocol at the state funeral also stipulated that the heads of government of the Commonwealth countries should be given preference over the other heads of state. In addition to the incumbent Prime Minister Liz Truss, other former British heads of government gathered in Westminster Abbey to say goodbye to the Queen: John Major, Tony Blair, Gordon Brown, David Cameron, Theresa May and Boris Johnson were with their spouses on site. They too were prominently placed. For the Bidens, it was probably an exception: Please queue at the back. 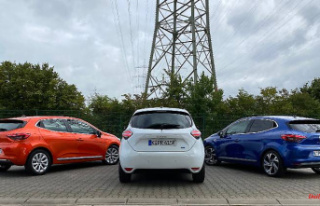