The case against three Minneapolis police officers who were charged with violating George Floyd’s civil rights was dismissed Monday by federal prosecutors. 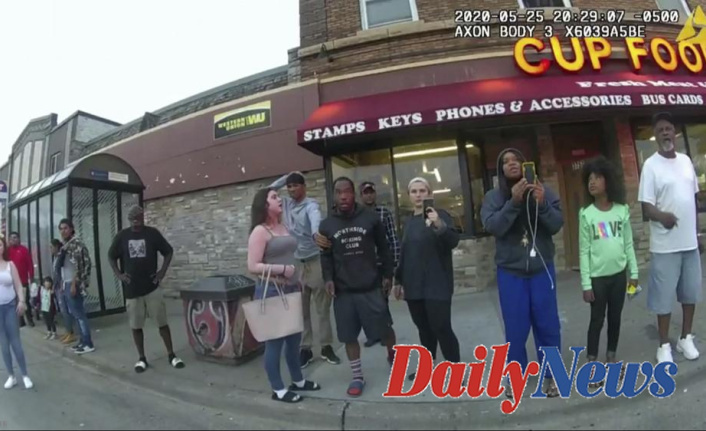 This set the stage for the two officers to take the stand in their defense.

After nearly three weeks of testimony by doctors, police officers, and witnesses, the prosecution decided to rest its case. This included the video taken by a teenager. It showed Officer Derek Chauvin pressing down on Floyd's neck for 9 minutes. The 46-year old Black man was then handcuffed, facedown, and pleading for air.

Tou Thao, Thomas Lane, and J. Alexander Kueng are all accused of violating Floyd’s constitutional rights while acting as government officials. Kueng placed his back on Floyd's and Lane supported him with his legs. Thao remained behind the bystanders.

Floyd was allegedly denied medical care by all three. Kueng and Thao were also accused of failing intervene to stop Floyd's May 25, 2020, death. This triggered protests around the world and a reexamination on racism and police work. Floyd was killed as a result of the actions of officers.

Thao and Kueng informed the judge they would be testifying before the court closed on Monday. Earl Gray Lane, Lane's attorney, had earlier told the jury that Lane would also take the stand. However, Gray stated Monday that he and Lane would love to discuss the matter more before making a decision.

On Tuesday, the defense will begin presenting witnesses.

Darnella Frzier was the last witness to give evidence for the prosecution. She was 16 at the time that Floyd was murdered. Frazier was awarded a special citation from the Pulitzer Prizes because she recorded Floyd's death and said that she knew Floyd needed medical attention when he stopped responding to her commands.

She said that he became weaker over time and stopped making any sounds overall.

Frazier, now 18 years old, began to cry moments after taking the stand. I'm sorry." , the judge, apologized., who had been trying to keep emotional testimony away from the trial, took a brief break before returning to proceedings. Frazier returned to the table and spoke about Floyd lying on the ground, Chauvin's knee on her neck.

She said that Thao seemed to be protecting the area and was uncomfortable. LeeAnn Bell, the prosecutor, asked Thao what it looked like that he might need to protect. She stated that Floyd was the only one in need of protection at that time.

She said, "I didn’t see George Floyd resist at any point." He was trying to find comfort in his circumstances, and trying to get more oxygen. That's all I could see him doing.

Gray, Lane's lawyer, challenged Longo to determine if he was asserting "my client," a four-day veteran, should have thrown Chauvin off Floyd. Both Kueng, Lane and Longo were only a few days into being full-fledged officers.

Longo responded, "I believe someone should have done something,"

Gray thundered, saying, "What else could they have done except that?"

Longo continued to discuss the matter and said, "No one asked Chauvin for his knee to be lifted off his neck."

Longo stated earlier that officers have a duty of "affirmative actions" to stop an officer from using excessive force.

"Intervene" is a verb. It's an action word. It requires an action. He said, "You have to stop this behavior."

Lane, who's white, Kueng, who's black, and Thao (who is Hmong American) will face separate state trials in June. They are accused of aiding and abiding murder and manslaughter.

1 Colorado investigation: A clerk is running for the... 2 After a sharp drop in enrollments at Catholic schools... 3 SpaceX's billionaire pilot flew last year back... 4 Police arrest suspect in stabbing 11 people in Albuquerque 5 Texas opens 2022's primary under tighter voting... 6 Canada's Trudeau invokes the emergency powers... 7 Megadrought in West worsens, making it the driest... 8 Tripwire: Are you ready for war? Cyber's fuzzy... 9 Democrats see key governors' races in Democrats... 10 Dr. Deborah Birx is a COVID advisor under Trump and... 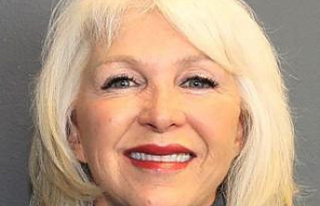 Colorado investigation: A clerk is running for the...