In the defamation lawsuit against his ex-wife, Johnny Depp is made bad allegations. 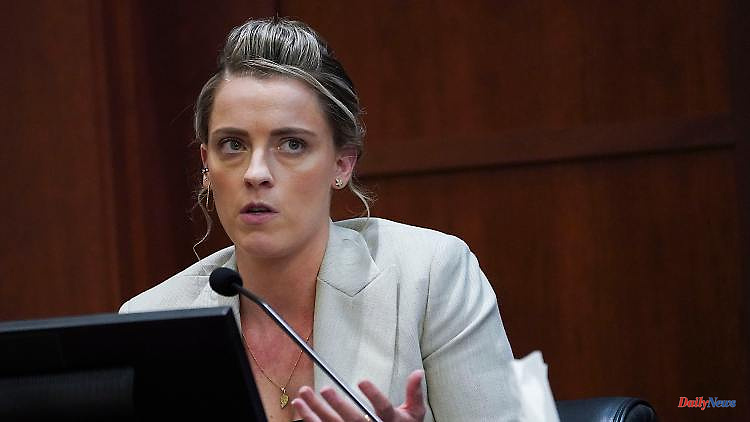 In the defamation lawsuit against his ex-wife, Johnny Depp is made bad allegations. Amber Heard's witnesses report how the Hollywood star was "almost unrecognizable" in the alcohol and drug intoxication - also to his ex-sister-in-law.

In the ongoing defamation lawsuit between 'Pirates of the Caribbean' star Johnny Depp and Amber Heard, Heard's younger sister, several friends and a stylist of the actress took the stand on Wednesday. They testified about incidents in which Depp is said to have been violent towards his ex-wife and which have already been dealt with several times in the process.

Heard's former best friend, Raquel Pennington, testified in a pre-recorded interview for the second day in a row that he had seen multiple injuries to Heard. She shot many of the supposed evidence photos that were shown to the jury in the past few weeks. She first saw cuts on Heard's legs and arms when the ex-couple returned from Australia in 2015. After Thanksgiving that year, Heard was missing a tuft of hair and her scalp was bleeding. She also had a cut on her lower lip. "I was concerned for her physical safety," Pennington said. She feared that Depp "could accidentally do something worse than he ever intended." However, she never saw Depp physically hurt Heard in any way.

Pennington, who lived in one of Depp's penthouses, was also present during the couple's last major argument before their split, in May 2016. Heard claims Depp became violent, destroying objects and throwing them at her. Pennington testified that he went into the penthouse at the request of Heard and Depp and experienced a "verbal argument". She stood between the two and put her hands on Depp's chest to keep him away from Heard, but the 58-year-old slapped her hands away. Pennington then climbed onto the sofa Heard was sitting on to protect her from her ex-husband. She feared for Heard's life, but Depp did not become violent in her presence. However, recalled damages in the apartment, which agree with photos and some testimonies. The damage was still there when the first police officers arrived, Pennington said. Two officers said they saw no sign of a physical altercation.

Heard often had to cover up bruises and other facial injuries with makeup, Pennington said. As an example, she cited an appearance by Heard on the "Late Late Show with James Corden" in December 2015 - a day after Depp allegedly punched his ex-wife in the face several times and possibly broke her nose with a headbutt. She and several stylists noticed Heard had a swollen nose and bruised eyes, and her lower lip was bleeding, Pennington said. The make-up artist Mélanie Inglessis, whose statement was also played later, confirmed this and explained which make-up and which shades she used. However, stylist Samantha McMillan, who also did Heard's makeup that day, denies Pennington and Inglessis' claims. In Johnny Depp's defamation trial against the British "Sun" in 2020, McMillan testified that Heard's face showed no injuries.

Pennington's ex-fiancé, Joshua Drew, with whom she had been staying in Depp's penthouse, also appeared in court in pre-recorded video testimony. Drew testified that he had seen Heard with "rather significant facial injuries" on several occasions. However, he did not experience physical violence from either side. Regarding Depp and Heard's argument in May 2016, he said the Hollywood star yelled, cursed and spat at him. He found Heard "catatonic" at Pennington's side. Drew denied that the destroyed facility was staged for the police who later arrived, or that Heard's injuries were aggravated with makeup or photoshopped.

When asked about Heard's 30th birthday in April 2016, Drew testified that he saw feces in bed. However, it was dog excrement that was an “eternal part” of the penthouse. The reason he gave was that Depp and Heard's two dogs were not trained and were often left alone at home for long periods of time. Depp accused Heard of leaving her faeces on the side of his bed as revenge for his lateness that night.

Whitney Henriquez, Heard's younger sister, also testified on Wednesday. The 34-year-old revealed how Depp had become increasingly jealous and controlling over the course of his relationship with the actress. At first he only made little jokes about her clothes and her work, later he tried to control what Heard was wearing and what acting role she was taking on. Depp also requested access to Heard's medical supplies and electronic devices, Henríquez said. When the 58-year-old was drunk or high, his personality was "almost unrecognizable," Henriquez said. For example, he once held his dog out of the car window and joked about putting him in the microwave.

In 2013, while Henriquez was still living in one of Depp's penthouses, Heard told her Depp was cheating on her with a woman named Rochelle. When asked about it, there was an argument with the drunk Hollywood star on the stairs. Apparently trying to hit Heard, Henriquez took a punch from Depp, after which Heard punched Depp to protect her younger sister. Depp freaked out, grabbed Heard by the hair and continued to hit her. After the incident, Henriquez found a non-disclosure agreement in her apartment, which she did not sign. She moved out of the penthouse in late 2015 after Depp falsely accused her of selling stories to the press.

Henriquez's accounts of the incident were denied by her former employee and roommate Jennifer Howell in Depp's defamation lawsuit against the Sun. The producer said she learned from Henriquez that Heard was "extremely violent" and that she couldn't understand why Depp "put up with Amber's abuse." About the argument on the stairs, Henriquez told her "that she tried to stop Amber from attacking Johnny. Whitney said that when she tried to intervene, Amber almost pushed Whitney down the stairs. She told me she was worried Amber would kill Johnny." Howell also testified in London how Henriquez admitted to her that Heard Depp severed a fingertip in Australia.

The last witness to testify was Kristy Sexton. The voice coach reported in her pre-recorded statement that in her last year of marriage, Heard started "80 to 90 percent" of acting classes in tears after being made to cry by Depp. Ironically, it was not easy for the 36-year-old to cry on command in a role. Heard had recently been noticeably unhappy and had lost a lot of weight, Sexton said. "She was skin and bones." After the notorious argument in Australia, she also saw cuts on Heard's arms. Heard later told her about the alleged rape, which allegedly took place in Australia, according to Sexton. Although she had never seen Depp violently attack his ex-wife, she could testify how he "attacked her". Sexton's questioning continues Thursday.

Johnny Depp and Amber Heard met on the set of The Rum Diary in 2011. They got married in early February 2015, and at the end of May 2016 she filed for divorce, which was finalized in early 2017. After the lost defamation lawsuit against the newspaper "The Sun" in Great Britain in 2021, the US trial started in April. Depp is suing his ex-wife for $50 million over an article she published in the Washington Post in which she describes herself as a victim of domestic violence. While she didn't explicitly name Depp, he claims the article damaged his reputation. Heard, in turn, is filing a $100 million counterclaim.

1 Schäuble at Maischberger: "Schröder's... 2 'Effortlessness is a Myth': Taylor Swift... 3 USA still confident: Turkey sticks to "No"... 4 Does the nine-euro ticket fail?: Passenger association... 5 "It was great fun": Jasmin Wagner likes... 6 The night of the war at a glance: Zelenskyj expects... 7 Dramatic bottlenecks: USA set up airlift for baby... 8 Rode, Frankfurt's bloody hero: the battered Eintracht... 9 Changing of the guard at Deutsche Bank: Achleitner... 10 Titan Trapp, Held Borré: The Frankfurt ecstasy in... 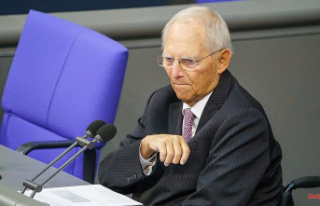