40th album will be released in October: Asterix gets a new author

In the coming year not only the 40th volume of "Asterix" will be released. 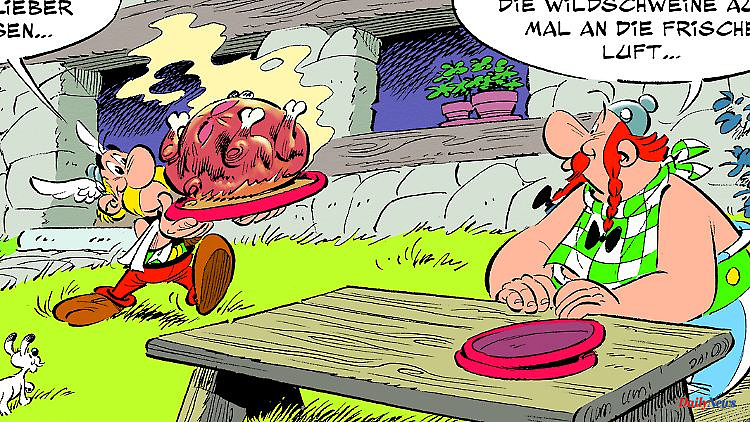 In the coming year not only the 40th volume of "Asterix" will be released. The brave Gauls who resist the Romans also get a new author for the time being. There is also a - in the truest sense of the word - a first appetizer of the eagerly awaited adventure.

As regularly as Obelix has an appetite for wild boar, a new volume of "Asterix" appears every two years. It's that time again in 2023, the meanwhile 40th album will be available in bookstores worldwide on October 26, 2023, as announced by Editions Albert René and the German publisher Storyhouse Egmont.

But the volume not only means a round anniversary of the comic classic, which saw the light of day in 1959. The extremely successful series, which has millions of copies in France and Germany, will also have a new author for Volume 40: "Fabcaro (text) and Didier Conrad (drawings) will become the new author duo for the duration of an album," the publisher said with.

In addition, there is also an insight into the new work: One page shows Asterix and Obelix eating a wild boar in front of their house. However, they get good advice on healthy eating from passing villagers. "Have moderation when eating, you can forget the druid," it says, for example. "Asterix, they're galling my wild boar," Obelix finally says indignantly. "Yes, I'm getting fed up with it too," Asterix replies, visibly annoyed.

Is that a reference to the story of the new volume? Are diet mania and the compulsion to self-optimization also moving into the Gallic village? Readers will find out when part 40 of Conrad and Fabcaro appears in October. Its title is not yet known.

While Conrad has been drawing the adventures since Volume 35, published in 2013, as the successor to "Asterix" co-creator Albert Uderzo, Fabcaro, whose real name is Fabrice Caro, is already the fourth author: René Goscinny, who wrote Asterix, Obelix and Co. together with Uderzo, wrote the first 24 volumes, which are among the best in the series today. After his early death in 1977, Uderzo took over the task - however, according to many fans, the quality of the adventures decreased.

Initially, Uderzo wanted to forbid the release of further albums by "Asterix" after his death. For example, "Tim and Struppi" creator Hergé decreed it. But in 2012, the publisher Albert René announced the new author duo: draftsman Conrad and copywriter Jean-Yves Ferri. The following year, both presented the 35th volume, "Asterix with the Picts". Since then, they have presented four more adventures every two years, most recently "Asterix and the Griffin" last year. It was the first album since Uderzo's death in 2020.

Now Fabcaro takes over the baton from Ferri. The new lyricist has been a comic and novelist for more than 20 years. However, his works are not currently available in German. One of his greatest successes is the comic "Zaï zaï zaï zaï", which received many awards and was made into a film. His novel "Le Discours" also made it onto the big screen.

"I grew up with Asterix," says Fabcaro about his new job. "The very first volume I read was The Big Ditch. My mother bought it for me the day it came out." After that he read more albums - "again and again". "I learned to read with René Goscinny and draw with Albert Uderzo. I remember tracing entire panels from the albums," says Fabcaro.

"Working with Jean-Yves was great fun," says draftsman Conrad about his long-time "Asterix" partner. But with Fabcaro it's at least as much fun. "They are both full of ideas and I really enjoy putting their stories into pictures," says Conrad, who also gives a small preview: "The next adventure is full of surprises and twists!"

And Jean-Yves Ferri? He stays true to the "Asterix" universe, even if not in the 40th volume. Because he is now writing another comic: "I thought: '40? Gaul?' It reminded me that I had long wanted to make an album about another descendant of the Gauls, de Gaulle, and set it in London in the 1940s." Therefore he could not devote himself to the little Gaul as he deserved. "But I know that Fabcaro has conjured up a really nice adventure full of wit and twists for you," says Ferri.

In addition to the new album, a new live-action adaptation of "Asterix" is to be released next year. The shooting of "Asterix 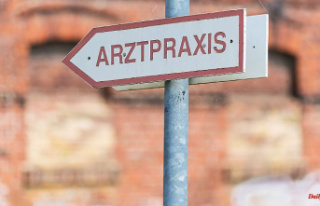