A century of the epidural: the tragic life of Fidel Pagés, the Spanish doctor who invented her

Fidel Pagés Miravé was a Spanish military doctor who a century ago, in 1921, discovered epidural anesthesia, childbirth without pain. In addition to this tra 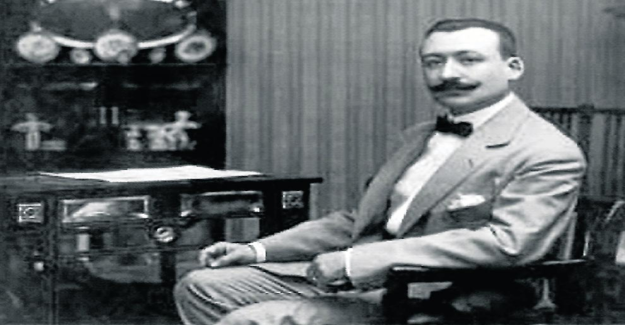 Fidel Pagés Miravé was a Spanish military doctor who a century ago, in 1921, discovered epidural anesthesia, childbirth without pain.

In addition to this transcendental achievement, which for a time appropriated it as his Italian surgeon, he was a pioneer in the creation of the campaign hospitals in the same battlefield, by advancing surgical teams to the first line of combat, and published Dozens of articles on surgery and repairing aesthetic medicine.

As a doctor, he participated in the wars of Melilla, in the Disaster of the Barranco del Lobo in 1909, in the First World War in 1917 and in the RIF War in 1921, in the Annual Disaster.

In all these conflicts he left footprint for his humanitarian treatment with the wounded and by the innovative techniques he used to be able to operate without pain to his patients.

For this reason, the soldiers wounded on the front wanted to be served by Fidel Pagés, even José Millán-Astray, the founder of the Legion, who operated when he was destined in Melilla, according to Francisco Franco in one of his writings during his passage For the War of Morocco.

He practiced a wide variety of traumatological and surgical techniques for both war wounds and civil interventions; He contributed to the modernization of surgery in Spain and participated in the reorganization of the Spanish military health system in the twenties.

On the occasion of the centenary of the epidural, Huesca, the city where he was born in 1886, has rendered a tribute with an exhibition, conferences.

And the City Council agreed to remember his figure each year on January 26, date of his birth, and erect a statue of him opposite the main facade of the San Jorge Hospital. Melilla has also remembered the ephemeris and has rendered a tribute to Pagés.

Fidel Pagés was born in Huesca a wealthy family. His father, Juan Pagés Marqué, was originally from Tarrase, and his mother, Concepción Miravé Sesé, Sasa del Abadiado, in the municipality of the area of Oscense in Laborzano.

He studied in the oscense capital and then at the University of Zaragoza, he studied the medical career, which ended in 1908 with the extraordinary prize.

That same year he entered the military healing body and was destined to the Military Hospital of Carabanchel (Madrid). During the first years of service he went through Melilla, San Fernando, Tarragona or Toledo.

In August of 1912 he published his first article in the Military Health Journal entitled the fight under campaign against infectious diseases.

In 1913 he obtained the PhD at the Central University of Madrid and that same year he married Berta Concepción Bergenmann and Quirós, a Spanish woman of German descent, with which he had five children.

In 1915, he began to work as a surgeon from the charity in the general hospital and highlights the new surgical techniques that employ in the treatment of wounds by Esta de Toro, being one of the pioneering surgeons in the bullring, among them of the Sales.

His fame of surgeon was increasing, until he became the personal physician of Queen María Cristina, with whom he establishes friendship.

In 1917, during the First World War, thanks to his knowledge of German and his experience in wound wounds, he was commissioned to inspect the prison camps of Austria-Hungary.

In 1921, he published in the Spanish Journal of Surgery, of which he was a founding editor, an article entitled Anesthesia Meta-America, where he described epidural anesthesia and 43 operations carried out using said system.

But his work was soon forgotten, among other reasons, for not being translated into other languages.

And ten years after its publication, Achilles Dogliotti, an Italian Surgeon Professor at the University of Turin, published an article in which he described this technique uncondited before Pagés. He presented this work at the Congress of Madrid and ensure that no one raised his voice saying that it was pages who wrote it.

However, a year later, this work reached the hands of an Argentine doctor named Alberto Gutiérrez, head of the women's surgery service of the Spanish Hospital of Buenos Aires, who remembered reading the article of Pagés and told him like this: "Al Read the article Extradural segmental anesthesia, in which the processing is awarded to Dogliotti, came to my memory the work of Pagés and I imposed on the obligation to look for it. I was lucky and, after a lot of revolver, I managed to find a copy in the library of The Faculty of Medicine, in honor of the Truth Segmental anesthesia corresponds to Pagés. Dogliotti In any of his publications, he mentions some of Pagés, I want to think that he did not know his work, although there is a great similarity between both publications. "

In 1935, the doctor Jaime Pi-Figueras attended the Meeting of the Italian Anesthesia Society held in Turin, in which Dogliotti was also, and claimed the authorship of Pagés.

After years of forgetfulness, the Pagés article on the epidural was translated into English in 1961 and, 14 years later, to French.

After his discovery, Pagés continued to work and on September 18, 1921, he moved to Nador after the Annual disaster.

He played his work at the Docker Hospital during the conflict and attended hundreds of injuries, including Millán-Astray.

On December 24 pages returns to Madrid and joined his position at the emergency hospital, at the same time he published a job in which he told his experience as a surgeon in the hospitals of Melilla. In 1922 he was promoted to medical commander.

Fidel Pagés needed a break and in 1923 he requested a permit to go on vacation with his family to Cestona (Guipúzcoa).

On September 21 of that year, when he returned to Madrid, his car suffered an accident at 15 kilometers of Burgos, at the height of Quintanapalla, on the call costs of the compass.

The vehicle, which he himself was driving to give him rest to the driver, skipped on the road and after giving several turns of bell, he ended up crashing against a tree. Pagés died instantly and two of his children were seriously injured.

He has his biographer, the Military Medical Ignacio Velázquez, who began to be interested in his figure by seeing a plaque, placed in Melilla Hospital, which said: "Pages operated. Serving the homeland.

Ensures that "it was not another character, it was surgeon in sales, the personal doctor of Queen María Cristina and when he dies was a surgeon even with more fame than Mariano Gómez Ulla," also medical surgeon.

In the Military Hospital of San Sebastián there is a plaque, placed at the initiative of Queen María Cristina, dedicated to "the memory of the eminent surgeon of Medical Commander Don Fidel Pagés Miravé, Compendium of Science, Goodness, Modesty and Altruism, which inaugurated this room, In August of the current year, and he practiced his last intervention, twenty-four hours before his tragic death. "

In 2017, the series of war times, antena 3, was inspired by his figure, who also remember the book we always had heroes by Javier Santamarta or at that of Alejandro Belaustegui, Fidel Pagés Miravé and other exemplary military health.

Ignacio Velázquez has written approximation to the scientific work of the Medical Commander Fidel Pagés Miravé 'and another book centered on his most human side.

In memory of Pagés, the Spanish Anesthesiology Society, resuscitation and pain therapeutics grants every two years the prize that bears its name since 1957.

In addition, the Spanish Ministry of Defense created in June 2007 the Research Award in Military Health Fidel Pagés Miravé.

1 The heir of the Vanderbilt who reneged from his last... 2 Coronavirus today, latest news | The antiviral pills... 3 An 83-year-old woman committed suicide in Zaragoza... 4 Queen Sofia receives the gold medal of dignity and... 5 The BLAS BORRASCA maintains several days of high waves,... 6 The police investigate if the man who kidnapped the... 7 Facebook asks its employees to conserve the company's... 8 Marvel's Guardians of the Galaxy: The adventures of... 9 Sony's new mobile that incorporates a lens and functions... 10 MasterChef Celebrity 6: Veronica Forqué is a lot... The heir of the Vanderbilt who reneged from his last...