greed has struck again. The us Office of patents and trademarks has reported that a man named Munemo Mushonga wants to drop the name of George Floyd. A request 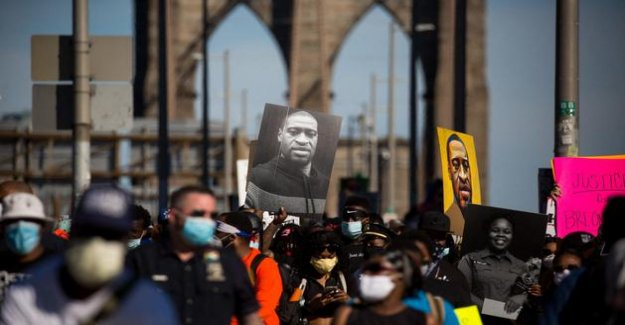 greed has struck again. The us Office of patents and trademarks has reported that a man named Munemo Mushonga wants to drop the name of George Floyd. A request was made on June 5, to reserve the use in the "production and distribution of television programs and films".

read also : A mural by JR in tribute to Adama Traoré and George Floyd

Contacted by TMZ, the man refused to disclose the reasons for the filing of the name of George Floyd, died may 25 in Minneapolis during an apprehension by police. Munemo Mushonga did not want to explain no more if he had a relationship with George Floyd, or the permission of the family. According to Variety , the man resides in Rhode Island but the application indicates an address in Miami, Florida... related to a construction company.

The character seems to be seeking above all to capitalize on the death of George Floyd and on the movement Black Lives Matter. But nothing is yet done. According to the u.s. Bureau of patents and trademarks, to file a trademark in the name of another person, the written consent of the person in question is necessary.

read also : Black Lives Matter: a back alley in Toronto tagged entirely in black and grey in tribute to George Floyd

George Floyd died, the rule becomes obscure. Does it always or Munemo Mushonga does it need the consent of the members of the family of Floyd ? In the meantime, the u.s. agency indicates, however, that if the person in question is deceased or public knowledge, this could constitute sufficient grounds for the trade mark application will be refused. Case to follow.

1 Five detained activists at the end of September to... 2 Caregivers : hours sup'Covid will be paid for prior... 3 Île-de-France : the certificate employer in the transport... 4 Partial unemployment : no change on the 1st July for... 5 The case of Jörg Bernig: How serious of a Dissident... 6 Norah Jones’ new Album: The Aura of the Moment 7 Karl & Faber: take The mocha Outdoor 8 Frankfurt Skyliners: fingers crossed for Bamberg 9 For Apple and Android: The new Corona App in the first... 10 Reports from Germany: EU social Commissioner appalled... 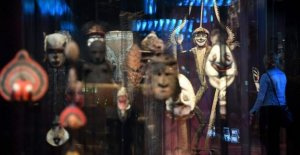 Five detained activists at the end of September to...