The number of Spanish bankers with a millionaire salary was reduced to a total of 163 in 2019, compared to the 167 executives with a remuneration of at least on The number of Spanish bankers with a millionaire salary was reduced to a total of 163 in 2019, compared to the 167 executives with a remuneration of at least one million euros in 2018, according to the data published by the European Banking Authority (EBA, for its acronym in English), which runs the Spanish José Manuel Campa.

In this way, Spain was next to the United Kingdom the only one among the big economies of the old continent that in the year before the entry into force of Brexit did not increase banking staff with an annual remuneration of at least one million euros.

According to the information of the institution, Spain was the fifth country with the largest number of bankers with millionaire salaries in Europe, only behind the 3,519 of the United Kingdom, address of 70.9% of the total, while in Germany the figure It increased to 492 from 450 and in France it reached 270 from 234 a year earlier, and up to 241 in Italy, compared to 206, 2018.

In the entities of the European Union (EU), the number of banking managers with a remuneration of at least one million euros reached a total of 4,963 individuals, a slight increase compared to 4,938 of 2018.

In the set of European countries, the retribution of better paid bankers ranged from 1 million euros and 64.84 million euros in 2019, with an average remuneration of 1.99 million euros.

In the case of the best-paid Spanish bankers, the average remuneration in 2019 was 2.3 million euros, compared to 2.097 million in 2018, the third highest in Europe, only behind the 2.6 million of Media of the Bankers of Liechtenstein, as well as 2.4 million in Malta, but ahead of 2.22 million in Ireland and 2.19 million in Greece.

In absolute figures, the 163 Spanish bankers cited in the EBA report were distributed in 2019 a total of 375.5 million euros, of which 175.3 million corresponded to fixed remuneration, and another 200,16 million, to the Variable compensation.

Although the European Authority does not facilitate the identities of the bankers or the name of the entities that these emoluments paid, the report does not indicate that a total of 98 of the best-paid banking professionals in Spain charged between 1 and 2 million euros , while another 30 charged less than 3 million euros and 18, between 3 and four million, according to Europe Press.

Specifically, the best paid banker of Spain charged a total of 12.29 million euros in 2019, including 6.95 million in variable and floodly 5.33 million.

On the other hand, the financial sector professional who greater retribution received in 2019 throughout Europe was a banker in the United Kingdom, with emoluments of 64.84 million euros.

Specifically, the variable remuneration of this banker amounted to 64.6 million euros. For its part, the fixed part of the payment was limited to 241,920 euros.

Behind this banker two asset managers of the United Kingdom are located, which charged an average of 38.75 million euros in 2019.

1 Justice endorses the conditions to resume in October... 2 Johnson, UK, accused of complacency in regard to Afghanistan... 3 Top donor to DeSantis invests in COVID drug Governor... 4 Texas teacher, Linda Johnson, leaves behind a legacy... 5 Experts ask for another model against fires: We believe... 6 Entrepreneurship is reborn after pandemic braking... 7 The Malagueño avocado leads to the region of Axarquía... 8 Odegaard, Madrid and reasons for breaking the Child... 9 Santi Aldama and Usman Garuba: History of two ways... 10 Today's news, Thursday, August 19, 2021 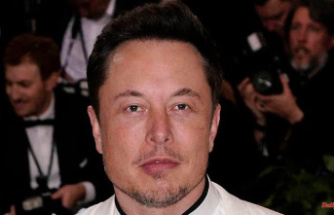 Justice endorses the conditions to resume in October...