An earthquake of 4.9 of magnitude is felt in Melilla, Málaga, Granada and Almería

An earthquake of magnitude 4.9 with epicenter in Alborán has been felt with sharpness in Melilla early on the afternoon of this Saturday, and also in several lo 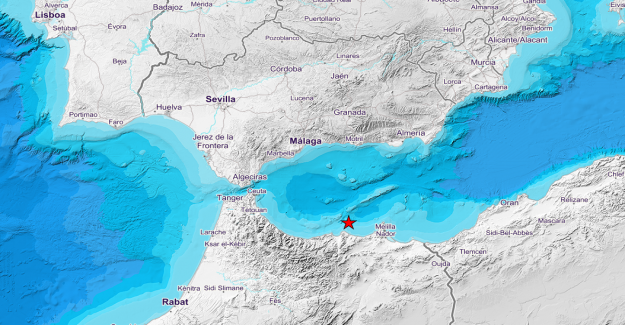 An earthquake of magnitude 4.9 with epicenter in Alborán has been felt with sharpness in Melilla early on the afternoon of this Saturday, and also in several locations of the provinces of Málaga and Granada.

According to the data of the National Geographical Institute (IGN), the earthquake has been registered at 13.20, and it has been possible to perceive in Melilla with an intensity III-IV. In Melilla, numerous people have gone off the street scared by the tremor.

In numerous locations on the coast of Granada, Málaga and Almería, the earthquake has also been noted, with a lower intensity, of level II-III, according to the first information of the IGN. Initially it has been qualified with a magnitude of 4.5 degrees by the IGN, which a few minutes later it has raised it to 4.9 in the revised calculation.

This earthquake, which has been extended for several seconds, is one of the most important of the entire series of seismic movements that are being given in torboran in recent months.

1 Thousands of people give a symbolic embrace to the... 2 Pochettino insinuates that it will convene Mbappé... 3 Bardet expires and gives luster to a career with very... 4 Alsasua celebrates the Day of Hate against the Civil... 5 Taliban block Kabul's airport, as foreign airlifts... 6 Biden promises to increase strikes against the Taliban... 7 Louisiana braces for Hurricane Ida, as Louisiana is... 8 Carvajal undo the knot of Madrid in El Villamarín 9 The most difficult year of Koeman: the distrust of... 10 Ed Asner, seven time Emmy winner, TV's beloved... Thousands of people give a symbolic embrace to the...