Apple Event: The new iPhone 13 promise to record like a cinema camera

Apple will launch next week, four new iPhone 13 and two new iPad. They will join, this autumn, a new version of your smart watch, the Apple Watch Series 7. Apple will launch next week, four new iPhone 13 and two new iPad. They will join, this autumn, a new version of your smart watch, the Apple Watch Series 7.

Instead of announcing them all in their brand new headquarters, the Apple Park, this time the company's executives have traveled to different parts of the California State to present the different novelties but regardless of the location the event has been held at a complicated moment for the company.

This week the Californian Judge Yvonne González Rogers, who has presided over the case he faced Apple and Epic from last year, has issued his verdict. It is very favorable for Apple, which she does not consider a monopoly as an EPIC required, but requires the company to change some of its policies at the AppStore Application Store.

Apple will have to allow developers to link from the apps to alternative payment and subscription systems, which could be a hard hit to the accounts of the company, in which the income from the sale of virtual objects or subscriptions in apps and games each They have a greater weight.

The first announcement of the day has been a renewed Ipad range. Apple has improved the basic and cheapest model of its tablet. The new iPad has a A13 Bionic processor, support for Center Stage, which frame the image automatically on the user in a videoconference, and better cameras and screen.

Its main attraction will remain the price. The new iPad will be available from next week for 379 euros and volume discounts for educational institutions.

The Mini iPad is also updated, and much deeper. Now it has a design similar to that of the iPad Pro and iPad Air, with USB-C connection and Touchid Fingerprint sensor on the power button.

The Apple tablet will continue to be the most compact of the catalog but thanks to its new design has a larger screen, 8.2 inches. It will be compatible with the second generation pencil Apple and will have 5G support.

Available in four different colors, the new iPad Mini will have a price of 549 euros and you can book from today and buy from next week.

Apple no longer follows the usual cycle of nomenclature of the iPhone, in which years of minor changes the iPhone only added an S to the model of the previous year. But the idea remains valid and in a certain way the iPhone 13 is an iPhone 12S, a more refined model, but of similar appearance, to the presented last year.

That does not mean that there are no major changes. The largest, in the case of the iPhone 13 Pro, is on the screen. Apple has used a new technology for the panel that allows the phone to reach 120 Hz refreshment in the image thanks to Promotion.

This feature, which is already common in many and medium-end Android phones and it was already present in some iPad models, get the animations much more fluid and also reduce consumption when there are static images on the screen.

One of the fears with this type of screens is the impact on autonomy, but Apple ensures, that the new iPhone even improve autonomy around 10% against previous models thanks to the screen, the new processor and the largest battery . In general, users can expect between 1.5 and 2.5 more hours of autonomy in different models.

In the case of the iPhone that are not pro, the screen will remain an OLED panel, although the brightness has improved up to 800 nits, 28% more than the previous one.

The Notch, as is known to the upper notch of the screen that houses the front camera and the biometric identification sensor, is also somewhat narrower (20%) on all new models.

For the rest, the design of the telephones is identical to that of the iPhone 12. Apple has maintained the four models of the previous year. There is an iPhone 13 Pro Max of 6.7 inches, an iPhone 13 Pro and iPhone 13 of 6.1 inches and an iPhone 13 mini 5.4 inches.

The camera is the element that makes the difference between the iphone 13 pro and the iPhone 13. The iPhone 13 models have two rear cameras, a wide-angle of 120 degrees of field of vision and an angle. PROs add a LIDAR sensor capable of capturing depth on the scene and a telephoto lens with a three optical increases (6x from the wide angle).

All the cameras of this generation are brighter than on the iPhone 12 and the angle (the main one) now use a larger sensor and with mechanical stabilization.

Apple has also improved the quality of the lenses and capture it in Night mode, which can now capture with much more quality the night sky, better preserve the colors and also works in the wide angle. The iphone 13 PRO will also have macro mode in the telephoto camera to photograph objects at close range.

The phones will also come with a new "photographic styles" function, which are default modes of customizable color and exposure settings for each photographer. This function will be available on all iPhone 13 models.

The great protagonist of this generation, however, is video and kinematic mode. The cameras not only record video in 4k quality with HDR, but now include new approach transitions and focus blocks in people with whom an effect similar to that of the films recorded with professional equipment is achieved.

The iphone 13 Pro will even be able to record in ProRes format, a coding system used in professional video flows, although this function will come with a later iOS update.

As usual, the iPhone also premieres a new generation of processor. In this case it is the A15 Bionic. The iPhone 13 model will have 4 graphic power cores, the iPhone 13 Pro will have 5 and Apple ensures that they are the fastest on any current mobile phone.

Even though during the last weeks it has been rumored that the chip could also include a modem to allow the iPhone to communicate with satellites for emergency calls, finally the connection of the iPhone 13 is similar to that of the iphone 12, but with greater Band support 5g.

Unlike the iPhone, the new Apple Watch, the Apple Watch Series 7, is accompanied by an important change of design, although not as much as the last rumors pointed out.

With frames 40% thinner, there is more space for the screen, which now shows more information. Apple has redesigned the interface with easier buttons to press and even a full keyboard to enter text.

The belts of previous models will continue to be compatible and although new sensors had been rumored for Apple Watch Series 7 (including one of body temperature), finally it will not have

None new. YES will come with a new processor, more powerful and lower consumption, and some additional functions with respect to the above Apple Watch, as a quick load.

The new Apple Watch will be available this autumn but the company has not yet communicated the precise in Europe. As in previous years there will be versions with aluminum, steel and titanium box, and special editions next to the Nike and Hermès brands.

1 Apple Event: iPhone 13 Pro and iPhone 13 boast of... 2 Sonos Beam: Now with Dolby Atmos 3 Apple event: hour and how to see the presentation... 4 iPhone 13, new airpods ... everything we know about... 5 So you can know what an whatsapp audio says without... 6 This works the dangerous scam that uses Amazon to... 7 Apple takes out an emergency update against spying... 8 Epic against Apple: a victory and nine defeats 9 So you can save on electricity by measuring consumption... 10 Nintendo reduces the price of Nintendo Switch 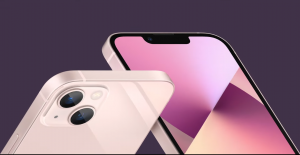