Apple has delayed a few months the implementation of its technology for the detection and fight against the distribution of images of sexual exploitation of minors through company services and will introduce changes before its launch.

The American Technological Giant planned to launch ICLOUD family accounts with IOS 15, 15 and Macos Monterrey, which will finally delay a few months due to "customer comments, defense groups, researchers and others", as has recognized Apple through a communicate referred to 9to5mac.

"We have decided to take more time for the coming months to collect information and make improvements before launching these child safety features," a spokesman for the company said.

This technology, which Apple had announced in August but still had not to be applied, were aimed at protecting children against harassed users who use the company's communication tools to contact and exploit minors, as well as avoid dissemination Of these contents.

These "new cryptographic applications" allow detecting the images of this type that are saved in iCloud. This method does not scan the images in the cloud, but is based on a comparison in the device of the known images provided by child safety organizations before they are uploaded to iCloud.

What is compared is not the image itself, but the 'hashes' of the images, a kind of fingerprint. A cryptographic technology called 'Intersection of private sets' is the one that determines if there is a coincidence without revealing the result, and is attached to the image once it is uploaded to iCloud.

The technology of 'Secret Exchange Threshold' ensures a high level of coincidence, and is then when Apple receives an alert for human teams to review it. If confirmed, the user's account is deactivated and a report is sent to the relevant associations and the police.

Also, through a second technology implanted on your messaging messaging app, parents or guardians will receive a notification (optional) each time the child sends or receives an image with explicit sexual content, but this happens after the child receives A warning in which it is reported that if it proceeds to see that image, your parents will be notified.

At the moment, Apple has not punctualized when this new technology will be launched after its delay or what aspects it intends to change it.

This decision arrives after the criticisms of experts and organizations that denounced that it was attempting against the privacy of users and that could be used as a rear door to spy on people.

1 Apple employees denounce the hypocrisy of the company... 2 Jabra Elite 7 Pro: Best Microphones, Most Comfortable... 3 China prohibits minors to play videogames more than... 4 Fortnite, Wolf or Street Fighter men: Thus Magic Letters... 5 These applications empty the bank account without... 6 30 years of Linux, the eternal alternative to Windows 7 The iPhone 13 will be more expensive for the shortage... 8 Samsung Galaxy Z Flip 3: Folding mobiles are no longer... 9 Apple CEDE (a little) to the pressure to change your... 10 Police Buy 15 Israeli Teams for Hacking Border Mobile... 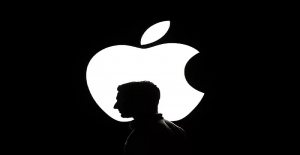 Apple employees denounce the hypocrisy of the company...