Confirmed: the c-section delivery of twins increases the risk of developmental problems psicológicoMillones of infants in danger for not being breastfed soon, a

Confirmed: the c-section delivery of twins increases the risk of developmental problems psicológicoMillones of infants in danger for not being breastfed soon, alert the UN

Each time you do more caesarean sections in the world. Despite the fact that the international recommendations indicate that the percentage of these interventions should not exceed the interval between the 10% and 15% of the births in our country the c-sections as currently done in more than 25% of all births, which means that it exceeds more than a 70% c-sections are recommended. And, according to a study that was just published in "Nature", is not a question of no importance.

research has shown that babies born vaginally have gut bacteria -the microbiome - different, than those born by caesarean. Scientists of the Institute, Wellcome Sanger, Global University of London and the University of Birmingham (Uk) found that, while babies born by vaginal birth gained most of their gut bacteria from their mother, those born by c-section does not, and instead had more bacteria associated with hospital environments in their intestines.

And, although the exact role of the intestinal bacteria of the baby is not clear and it is not known whether these differences at birth will have an effect on later health and even differences in gut bacteria between babies born vaginally and by cesarean section, to a large extent, matched at 1 year of age, the authors emphasise the importance of making a long-term follow up of these children to determine if the differences observed in the first months of life influence or not on the health of the children in the long term.

Now, the experts that these findings should not deter women from having a c-section. Alison Wright, an obstetrician consultant and vice-president of the Royal College of Obstetricians and Gynecologists points out: "In many cases, a cesarean section is a procedure that saves lives and can be the right choice. Because the exact role of the microbiome in the newborn infant and the factors that can change are uncertain, we do not believe that this study should discourage women to have a cesarean delivery. This study –adds - shows that more research is needed to improve our understanding on this issue."

This study, the largest ever carried out on microbiomes neonatal, also revealed that the microbiome of infants born by vaginal route did not come from the vaginal bacteria of the mother, but from her gut. This information puts into question the practice controversial ‘rub’ to the babies born by cesarean section with vaginal bacteria of the mother. To understand how it impacts the process of birth in the microbiome of the baby will allow future research on therapies bacterial, say researchers.

The microbiome gut is a complex ecosystem of millions of microbes and it is believed that it is important for the development of the immune system. A lack of exposure to microbes correct during early childhood has been associated with autoimmune diseases such as asthma, allergies and diabetes. However, it is not known in detail how important is the intestinal microbioma initial development and the health of the immune system of the baby , how the microbiome of a baby or what happens to you in function of the different modes of birth, whether vaginal or caesarean delivery.

To gain more insight on the development of the microbiome and if the method of birth affected or not, the british researchers studied 1.679 samples of intestinal bacteria of nearly 600 healthy babies and 175 mothers. The experts obtained fecal samples from babies at four, seven and 21 days of age, who had been born in hospitals in the United Kingdom by vaginal delivery or cesarean section. Some babies were also followed in the medium term, up to one year of age.

In many cases, a cesarean section is a procedure that saves lives and can be the correct choice

Using DNA sequencing and genomic analysis, they were able to see what bacteria were present and discovered that there was a significant difference regarding the two types of delivery. As well, they discovered that babies born vaginally were significantly more bacteria associated with health (commensals) of their mothers than of those born by c-section.

" This is the largest genomic investigation of the microbiomes of infants up to date. A better understanding of what species of bacteria are helping to create a microbiome healthy for babies may allow us to develop therapies bacterial more efficient ", says Trevor Lawley, lead author of the article of the Institute Wellcome trust Sanger.

previous Studies, although on a small scale, had suggested that the vaginal bacteria were engulfed by the baby on his way out of the birth canal. However, this study has seen that the baby had very few vaginal bacteria of your mother in your intestines, with no differences between babies born vaginally or by cesarean section.

During childbirth, the baby will come in contact with bacteria in the gut of the mother. The study found that they were the intestinal bacteria of the mother that formed a large part of the microbiome in infants born vaginally. Babies born by cesarean delivery had far fewer of these bacteria. Therefore, this study found no evidence to support controversial practices of 'vaginal smears', which could transfer harmful bacteria to the baby.

This study found no evidence to support controversial practices of 'vaginal smears', which could transfer harmful bacteria to the bebéNuestro study shows that as babies grow and absorb bacteria when they feed, and of everything that surrounds them, their microbiomes intestinal become more similar to each other

In place of some of the bacteria from the mother, infants born by cesarean delivery had more bacteria that normally are acquired in hospitals, which are more likely to have antimicrobial resistance. The researchers isolated, grew and sequenced the genomes of over 800 of these potentially pathogenic bacteria, confirming that they were the same strains that cause bloodstream infections in hospitals in the United Kingdom . Although these bacteria do not usually cause diseases in the intestine, they can cause infections if they enter the wrong place or if it fails the immune system.

"Our study shows that as babies grow and absorb bacteria when they feed, and of everything that surrounds them, their microbiomes intestinal become more similar to each other," says Nigel Field, lead author of the article. However, he concludes, "we still don't know if the initial differences that we find will have some implication for the health".

that's why, for Peter Brocklehurst, of the University of Birmingham, " we urgently need to make a follow-up of this study to observe the babies as they grow with the goal of seeing whether the differences early in the microbiome lead to some health problem ". And remember, "the first few weeks of life are a critical window for the development of the immune system of the baby, but we know very little about it."

1 The classroom is ideal for the first lessons on healthy... 2 David Bustamante, a career in danger of cancellation 3 The Army plans to withdraw the model of plane crashed... 4 Why a scientist takes a decade pointing in one book... 5 Parents and teachers: an essential relationship that... 6 At least 48 people killed by a bombing near a rally... 7 New Clio: the fifth generation ready to re-validate... 8 Notes for the hard test of finding the best educational... 9 Telefónica acquired 50% of Prosegur Alarms in Spain 10 Discover water for the first time on an exoplanet... 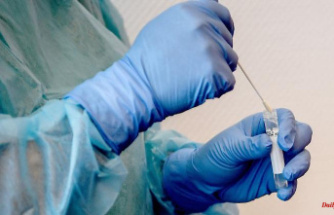 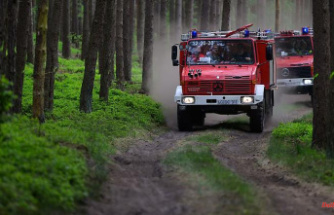