Benzema, sentenced to a year of prison for the attempt of blackmail in the case Sixtape The French striker of Real Madrid Karim Benzema has been guilty of complicity in the attempt of blackmail to his former team of the Mathieu Valbuena team with a sexual video in the well-known as the "Sixtape" case. The player has been sentenced to a year in prison with suspension of grief in France.

The court of Versailles considered that the conversation that Benzema maintained with Valbuena in which he tried to convince him to come into contact with the Chantajists constitutes a "deliberate" intervention for the then footballer of the Lyon to pay to prevent the video from spreading.

Benzema, whose lawyers announced the presentation of a resource, was also condemned to 75,000 euros ($ 87,000) of fine. Against the other four defendants, the Tribunal of Versailles imposed penalties ranging from 18 months of conditional prison until 2 and a half years long condemnation of mandatory compliance.

Up to four times he considers the judgment that Benzema lied throughout the case, while he pointed out that his speech, in particular the conversation held with valbuena during a concentration of selection in October 2015, was essential in the attempted blackmail.

Benzema's lawyer, Sylvain Corrmier, considered "scandalous" sentence and assured that they will appeal it.

The player is located in Moldova, where within a few hours he will play a key match of the Champions League against Sheriff.

The court also condemned the other four charges of attempted blackmail at Valbuena, although attentively inferior to those requested by the Prosecutor's Office.

For Mustapha Zouaoui, considered the brain of the operation, asked for stronger, two and a half years of prison and 3,000 euros of a fine, compared to the seven years he had asked for the prosecutor.

Axel Angot, the man who was made with the video on a Valbuena telephone, was sentenced to 2 years in prison, although in his case he opened the door that he does not have to enter prison if he decided by penitentiary justice.

Younes Houass, intermediary used to press Valbuena, was sentenced to 18 months of improving prison, while Karim Zenati, friend of Benzema and who came into contact with the attacker of Real Madrid, was sentenced to 15 months in prison, with The possibility of not fulfilling them, and 3,000 euros of a fine.

1 Volcano La Palma, Last Hour Live | Riadas and clay... 2 Björn Ulvaeus, from Abba: There is always that question... 3 The Toronto School Board rejects a talk of the Nobel... 4 Black Friday 2021: The best deals and discounts on... 5 PSOE, we can and its independence partners approve... 6 News today, Wednesday, November 24, 2021 7 Dana: Nine communities continue at risk by snowfall... 8 Boris Johnson calls a crisis meeting after the death... 9 Israel and Morocco sign a historic defense and security... 10 Lin-Manuel Miranda: Hollywood has a pending debt with... 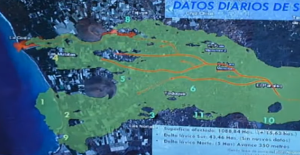