Save Maurice ! This is not the name of a movie to rescue a killer whale, but the cry of Brigitte Bardot to save a wild boar domesticated correze. The actress, 8 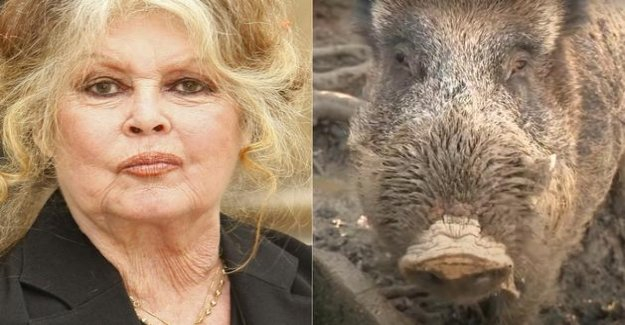 Save Maurice ! This is not the name of a movie to rescue a killer whale, but the cry of Brigitte Bardot to save a wild boar domesticated correze. The actress, 85-year-old was asked Monday to the prefect of the Corrèze to go back on its decision not to allow a Corrézienne to hold the animal, named Maurice, who could be euthanized by a court decision.

read also : Brigitte Bardot : "I have never known a world so unlivable"

The fate of judicial boar could be known on 20 may, but the composition of the criminal provision to avoid a trial, scheduled to the judicial tribunal of Tulle had been postponed because of the confinement, and the animal is still in his enclosure with his mistress, in the common Garden (Corrèze).

According to the local press and the Foundation Brigitte Bardot, Sylvia Bachellerie had collected the animal in 2014, so few days old and injured, in front of the house. She had cared and had tried to make it to the wild, but the wild pig has never wanted to leave. Six years later, he became a beast of one hundred pounds. After an anonymous denunciation in 2019, Ms. Bachellerie has asked the prefecture of Corrèze an authorization of detention of an animal in the wild, which was refused "because of the illegal origin of the boar" according to the Foundation. And justice could now order that Mauritius was to be euthanized.

It is "for the survival of this animal" as Brigitte Bardot, president of the eponymous Foundation, has asked the prefect to re-examine the request for detention filed by the owner of Maurice. "My Foundation does not aim to condone the keeping of wild animals by private individuals, on the contrary (...). Here, however, it is too late to rehabilitate this animal in nature and we need to intervene in order that a solution may be found in human and satisfying to all the world," writes Ms. Bardot in an open letter. "While the ministries of Ecology and Agriculture have provided derogations concerning the possibility of holding a single boar, why refuse the grant and condemn this animal to death ?".

The owner has started an online petition, "Save Maurice", which has raised over 112.000 signatures to date as well as a pool in order to contribute to the cost of justice.

The editorial advises that you"Cannibals, wild, degenerate"... Bardot in the viewfinder of the judges for racism against RéunionnaisCésar : Brigitte Bardot flies to the rescue of Roman Polanski who "saves the film from its mediocrity"Brigitte Bardot lambasted the "cowardly monster" of the executive in the great debate national21 commentairesFromages and conneriesle 16/06/2020 18:34

Super family photo It looks like a brother and sister

the power is strong : the person in question is a low ! To adopt this animal through a star would sauve4 !

1 Arte-documentary enemy of the police: one-sided, as... 2 Bundesliga-title: So the special is a celebration... 3 After Corona outbreak in Beijing: anti-Virus with... 4 Bundesliga media rights: In the secret Poker threatens... 5 Column about police: police Union file a criminal... 6 Books Podcast, episode 10: In the classical Big-Brother-camera 7 Criticism of the state boarding: Lufthansa-a major... 8 Merkel warns of a setback: There's a giant mountain... 9 Coronavirus: too intrusive, the application of tracing... 10 Renault Trucks will remove 463 jobs to cope with the... Arte-documentary enemy of the police: one-sided, as...