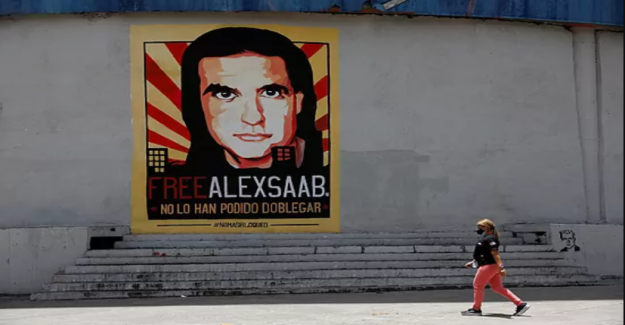 The sources pointed out that Saab, who had been arrested in Cape Verde since June 2020, now abandoned the country on board a plane to the United States.

According to the aforementioned sources to EFE, the Constitutional Court of Cape Verde, which considered constitutional extradition of the Colombian on September 7, arrived on Thursday, October 14, the General Prosecutor's Office for the extradition to be I would make effective.

Likewise, in a letter sent by the Cabverdian Ministry of Justice and also dated Thursday to which EFE has had, the Government informed the United States Embassy in the African country the execution of Saab's delivery and requested information on the means of transport, the date and time in which this was going to be transferred.

Extradition puts an end to a long judicial journey that has lasted more than a year, since the entrepreneur was arrested on June 12, 2020 when his plane made a scale to refuel at Amilcar Cabral International Airport.

The arrest responded to an US request. UU. He / she has been involved through Interpol, but the defense has alleged that this alert was issued after the arrest and therefore filed a resource against the supposed unconstitutionality of the arrest.

However, this and all the other legal attempts of Saab's lawyers to stop their delivery have been failed to Cabverdian justice.

Thus, with its verdict of September 7, the TC gave the reason to two lower instances, the Court of Appeals of Barlavento and the Supreme Court, in addition to the Cabverdian Government itself, who had already authorized the delivery of Saab.

The justice of the African country also did not listen to the Court of Justice of the Economic Community of West African States (ECOWAS) - Block of countries to which Cape Verde belongs - when it ruled last December that should be granted without restrictions on physicians specialists of Its choice, nor to the UN Human Rights Committee when in June made the same request.

After his arrest, Venezuela said that the entrepreneur is a Venezuelan citizen and an "agent" of the government that was "in transit" in Cape Verde, so his lawyers have sustained that "he had the right to personal inviolability as a special envoy of Venezuela".

The name of the entrepreneur, 49, appeared in the media when the former Venezuelan prosecutor Luisa Ortega Díaz accused him in 2017 of being one of the Testaferros of Venezuelan President.

Saab, born in the Colombian city of Barranquilla and Lebanese origin, is related to several companies, including Group Grand Limited (GGL), accused of supplying food and food with overprices to the administration of Nicolás Maduro.

The entrepreneur and three stepsters of mature were profitable from these operations with "hundreds of millions of dollars", according to US authorities. Efe.

1 Pedro Sánchez places 'Superbolaños' as a strong... 2 The success model of the Real Society: from those... 3 Apple Event: What are you going to present next Monday? 4 David Amess: A true East End boy 5 China test a hypersonic missile with nuclear capacity 6 The price of the light bat record of one Sunday with... 7 Coronavirus today, last minute | The contagions of... 8 We can trust Yolanda Díaz to lead the left and that... 9 Sánchez finds accommodation to Calvo and Ábalos... 10 The Pope advocates a universal salary and by reducing...