Care for older people: the under-staffing more marked in France

very low Salaries, difficulties to recruit: the problems in the sector of elderly care are common to a large number of countries, but France is distinguished by 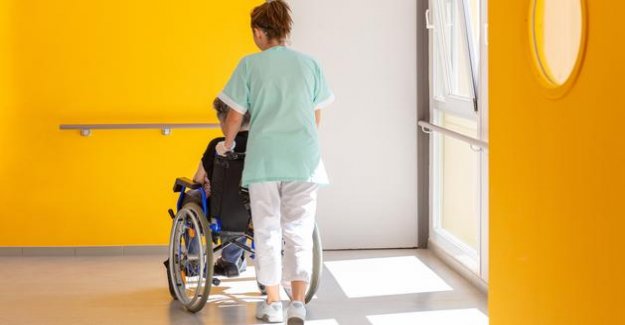 very low Salaries, difficulties to recruit: the problems in the sector of elderly care are common to a large number of countries, but France is distinguished by sub-numbers to be particularly marked, analysis to an OECD report published on Monday.

The sector suffers from under-staffing and it is likely that this empire in the future," is cause for alarm in the OECD. In three-quarters of the countries of the organization, between 2011 and 2016, the growth in the number of employees has been lower than that of the more than 65 years in the population. To make up for this delay, the number of employees in the sector will therefore have to increase by 60% by 2040" in the OECD countries, and this in order "to maintain the current ratio of the number of caregivers and the number of elderly people", have calculated these experts.

Two times less staff than the average for the OECD

In France, however, the problem is even more pronounced, since there has 2.3 workers per 100 people aged over 65 years, from 5 employees to 100 seniors on average in the 28 countries of the OECD. As a result, the workforce in France are not expected to increase 60%, but 90% of the next 20 years.

In 11 countries of this international organization, the employees of retirement homes and home help for the elderly are paid considerably less that the auxiliaries of hospitals: their median wage is 9 euros per hour, compared to 14 euros in the hospitals, details the experts of the Organization of economic cooperation and development (OECD). They also insist on working conditions, particularly poor of French employees: 85% of them say "to be exposed to risk factors as physical or mental", and 15% say they have suffered accidents leading to injury, a rate two times higher than the OECD average.

This report, prepared before the pandemic Covid-19, is also interested in the "structural weaknesses of the sector", highlighted during the health crisis. Experts alarmed in particular, a "lack of coordination with the rest of the health system". Such coordination allows yet to better support the "multiple chronic conditions" which affects some senior citizens, and to "reduce the risk of hospitalizations unnecessary", say the authors. They lament that "very few countries" have developed activities to "help older people to age well" or to "regain their autonomy in the event of disability".

The editorial team conseilleHôpital: caregivers appear to "keep the pressure" on the executive"three months ago, we "locked" the long-term care Facility"No comment