Vegetate more, create a real pedestrian promenade, prefer local shops and the French know-how instead of the big chains are just some of the proposals voted on 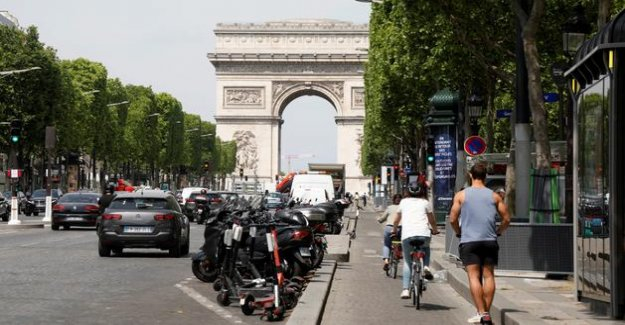 Vegetate more, create a real pedestrian promenade, prefer local shops and the French know-how instead of the big chains are just some of the proposals voted on to "reenchant" the avenue des Champs-Elysées in Paris, according to the results of a large survey citizen made public Thursday.

read also : The rue du Faubourg-Saint-Honoré, showcase of the luxury at the edge of asphyxiation

In total, 96.702 people (Paris, ile-de-france, or other) participated in this citizens ' consultation, launched on 14 February to 4 June, at the initiative of the Committee of the Champs-Élysées, a structure that brings together all the major players of the avenue. The participants were asked to answer the question "What would you change to improve the Champs-Élysées ?", have made "more than 2000 proposals", and produced "the 450,000 votes," which have helped to make up "eight ideas a priority," noted the Committee of the Champs-Élysées, which sees in it "a synthesis of the expectations of the ile-de-france for the city after".

green, and a pedestrian promenade

Among these ideas a priority, participants were first embraced the idea of greening the avenue with plantings of trees and shrubs or installation of parks, but also develop the full earth and the soil porous to facilitate the flow of water and the formation of islets of freshness. They call then "create a true pedestrian promenade of the Tuileries to the Arc de Triomphe, by facilitating the crossing of pedestrians, by multiplying water points, public toilets, benches and places to stop for free."

They also want a "better sharing of public space between different forms of mobility", with the bike development but "on trails marked and well separated from the cars and spaces for pedestrians (same for the scooters)", and "a reduction of the space reserved for the car", without for as much to want a piétonnisation integral of the Champs-Élysées.

Other proposals voted on, the presence on the avenue of local businesses and promoting "the savoir-faire, gastronomy and the French art of living rather than the big international chains', the valorisation and preservation of heritage elements of the avenue as the street lights, the advertising columns, facades of haussmann, the cobblestones and the historic gardens", and the maintenance of the historical sites of culture (museums, cinemas and theatres).

Finally, the participants of the survey to advocate for the safety and tranquility of the avenue", in "stepping up the fight against pickpockets and solicitations are unwanted," and "strengthening the efforts in the field of cleanliness".

read also : Between the cars, the terraces and bike paths, the space war is declared in the agglomerations

the conclusions of the consultation will be presented to all candidates in a municipal election. This citizens ' consultation, accompanied the exhibition "Champs Elysées history & prospects", presenting a project of urban redevelopment of the avenue by the architect Philippe Chiambaretta, exceptionally extended until September 6, because of the outbreak of coronavirus.

The editorial team conseilleMunicipales: revealed by the configurations of the second tourMunicipales in Paris : tense debate between Dati and Buzyn, unable to agree except to criticize Hidalgo5 commentairesdépartle 18/06/2020 14:36

Trade nearby and rent prices are completely incompatible.

Not bad at all | getbadgirl. com |

1 Pensions agricultural: new green light unanimous the... 2 Nearly 80 million people were forcibly displaced in... 3 Familienzoff in the meat group: Corona is Tönnies-armed... 4 Even an American to play Lady Di ? The English gripe... 5 Recent photos of a painting stolen from the Van Gogh... 6 Death of the legendary british singer Vera Lynn, bride... 7 This summer, most of the French who go on holiday... 8 Tights Gerbe saved from bankruptcy by their shareholder... 9 Million lawsuit against Diack: A loss of world-wide... 10 Thomas Müller on the final in 2012: I wrote the other... 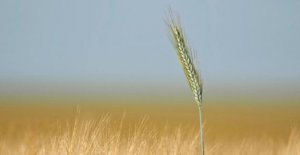