The Communist Party, main force of opposition in Russia, refuses to recognize the results of yesterday's electronic vote in Moscow, which caused a rollover at The Communist Party, main force of opposition in Russia, refuses to recognize the results of yesterday's electronic vote in Moscow, which caused a rollover at a count that first time of Sunday night drawn a very poor victory for the party Government Russia united, which will finally keep the absolute majority. The communists convened a manifestation without authorization in the center of Moscow in the afternoon. Some 200 people shouted against the government next to the statue of Pushkin in one of the most unpleasant afternoons of the month.

The opponents accused the Russian Mass Fraud Authorities after the United Russia Russia Party obtained a major majority than expected parliamentary majority, despite the loss of popularity of its electoral brand. The Putin Party has lost 4.6 percentage points regarding the 2016 parliamentary elections.

With more than 99% of the votes counted, the Central Electoral Commission announced that Russia United had obtained almost 50% of the votes. Its closest rival, the communist party, grows almost seven points and takes 19%, something less than expected. Third, the Nationalist Party LDPR and the Russia Justa match with around 7.5% were once again. So far these three parties usually support the Kremlin in most key issues: even in criticism of dissidence grouped around Alexei Navalny, increasingly annoying for the elite with his research and protests without authorizing.

The communist leader, Guenadi Ziuganov, before the elections harshly criticized Navalny, saying that "it represents the financial capital of the US". But the communists are starting to face Kremlin in an increasingly frontal way. Navalny jumped to fame when he released the mobilizations in 2011 to denounce a 'Pucherazo' in the parliamentary elections. Now they are the communist aspirants who feel scammed by a 'controlled' democracy of which years benefit.

The thunder box is electronic vote, implanted in Moscow and six other locations. The system has been rated by the authorities as successful: more than 2.6 million people voted online. These elections have been at the point of sight by the multiple irregularities denounced by independent observers. When the results of the electronic vote of each demarcation except that of Moscow were shown, in the opposition the outrage was extended.

The communists went to sleep on Sunday, overcoming six circumscriptions from the capital, and the next morning they did not impose anywhere. "We have seen how our colleagues earned and how it changed everything after the digital data appeared," he lamented yesterday the vice president of the Communist Party Dimitri Novikov.

The Kremlin ensures that the elections have been competitive, open and honest. The communist anger can cause some headache: "A sharp problem arises for Kremlin: a conflicting faction in the state Duma," he warned Tatiana Stanovaya, Head of the R.Politik Analysis Center. But it is unlikely that the 'Red October' of 1917 is repeated in the coming weeks, no matter how much the calendar and the mood of the new 'Bolsheviks' suggest coincidences.

The victory of United Russia is strong enough to get more than two thirds of the deputies in the lower house of Parliament. This will allow you to continue approved your laws without having to depend on other forces.

The country does not plan votations at the national level until 2024, when the Russians will vote president again. Vladimir Putin has not revealed if he will be presented, but last year he raided the legal path with a constitutional reform. During this 2021 it has cleared the political obstacles that bumps could put on the road: Navalny turns two years in prison, its movement and allies have been illegalized for being "extremists" and the most critical media are falling into the 'blacklist 'Foreign agents.

The panorama of liberties has darkened in just six months. In some areas of society there is concern about whether, past this consultation, the repression will relax or go to more. Many Russians have thought for years that the change is not so desirable, and at the same time a growing minority is frustrated because a system transformation is unlikely.

The new political course brings some novelties. The Russian Parliament will have more than four games for the first time since 1999. Since 2003, the composition of the legislative body had not changed. The new training that breaks is the New People Party, created last year by the founder of the company of Faberc cosmetics, Alexei Nichaev.

Participation was close to 52%. But the US Department of State said that the elections were carried out under conditions "that do not lead to free and righteous procedures."

The European Union also denounced that the parliamentary elections of Russia were carried out in an atmosphere of intimidation and without acceptable international observers, according to the spokesperson for the European External Action Service, Peter Stano.

1 Spain sees with concern tensions between France and... 2 The pandemic in Canada: A boomerang for Justin Trudeau 3 Nayib Bukele self-print dictator of El Salvador on... 4 Controversy in Uruguay by an inmate kidnapped and... 5 Von Der Leyen considers unacceptable treatment to... 6 Declared guilty for terrorism the hero of the movie... 7 Macron asks for forgiveness to the Harkis 60 years... 8 Last face to face before the German elections 9 Vladimir Putin accuses wear 10 They find a body that matches the description of the... 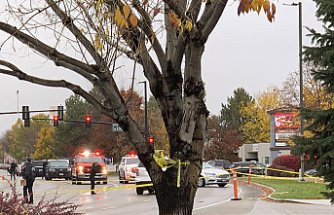 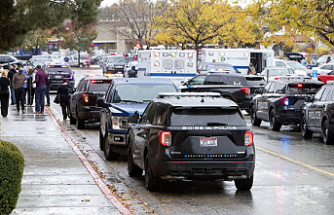 Spain sees with concern tensions between France and...