Death of Roger Borniche, flic and novelist to success

Roger Borniche, who died Tuesday at the age of 101 years, was shown as a cop in France after the war before entering with success in the writing of nearly thirt 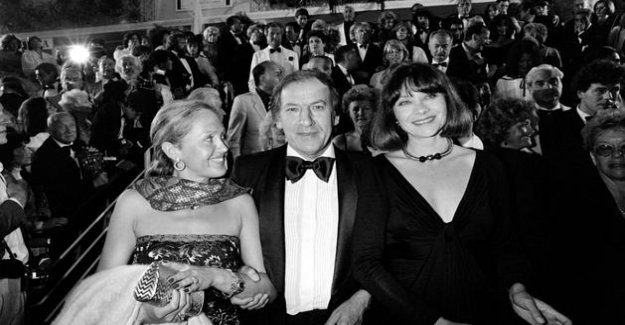 Roger Borniche, who died Tuesday at the age of 101 years, was shown as a cop in France after the war before entering with success in the writing of nearly thirty thrillers, some of which have inspired the film and his friend Alain Delon. This cop to the former, which, according to legend, carried no weapons, has long lived in Los Angeles, in a beautiful house where, when he was not in his pool, he liked to follow his lounge, the arrests live are fond of Americans. For the past five years, he lived in the district of California, in Cannes.

The inspector Borniche was in the 50s the number one enemy of public enemy. He recounted in his books the ruthless war that he led to Pierrot le fou, Jo Attia, Emile Bush or Rene the Cane. He could have stopped 567 mobsters in 13 years of career: "I have the instinct of the hunter and the flair of the game." Several films have been adapted (in particular by Alphonse Boudard) of his stories : Flic story (Jacques Deray, with Alain Delon, 1975), The gang (directed by Jacques Deray, with Alain Delon, 1976), Rene the Cane (directed by Francis Girod, with Gérard Depardieu, 1977) or The indic (Serge Leroy, with Daniel Auteuil, 1983).

His books, translated into twenty languages, were written quickly, effectively : "I'm a primary, I write as I speak," he said. We owe him The private, The gang, The American, The gringo, The archangel, Maltese, boss, Flight of a nest of jewels (those of the Begum in 1949 in Cannes), Frenchie : a French in the heart of the industry in california. He told of his life unusual in Borniche Story, and in The indic. His books have been a huge popular success, and because its heroes were believable, at the price sometimes of some accommodation with the historical truth, and because we do not bother her ever in his stories of bottom-funds, drugs, prostitution, thugs, a time that seems very distant today.

Roger Borniche was born in Vineuil-Saint-Firmin in Oise, June 7, 1919. His father, a survivor of Verdun, is a house painter. Titi parisien, Roger is first comic trooper in 1937 and then singer-songwriter in the Cellar of the Republic. Talkative, outgoing, a good impersonator (Charles Trenet or Fernandel), he is endowed for the communication, before the surge in media contemporary. Entering into the police to escape the Service of obligatory work (STO), he resigns to not serve Vichy and is reinstated in 1944. He became inspector of the national Security.

I always thought that it was necessary to take the mobsters live and I've never carried a gun. Because after, these people speak and that we learn things

In 1973, at the end of the five interviews given to Pierre Desgraupes in The Point, he concluded : "nowadays, there's the policy that gets involved, the hoodlums so-called converts that were recruited to put up posters. It became a part terrible and that's why I'm glad I finally no longer be a cop." Among his regrets, is that of not having stopped Jacques Mesrine, known for robberies publicized in the media and for his escapes : "There was a man down, I think it was a murder (in 1979, in Paris, brigade anti-gang, the grape-shot 21 bullets. 18 the reach, editor's NOTE). I always thought that it was necessary to take the mobsters live and I've never carried a gun. Because after, these people speak and that we learn things."

His son Christian had taken over the agency of private investigations, specializing in insurance fraud, as Roger Borniche had created by leaving the job of a cop.

Thank you, Mr Borniche for your testimonies on the underworld of post-war and of the operation of the Safety at this time.A true pleasure for me reading your many novels. a
Good road Roger.

" In France, everything gets lost my good mossieur! ...More great rogue! More great cops! And I do not even talk about artists, journalists, young people, and even less policy! Before it was better...."

1 To reassure customers, a major challenge for the stores 2 StopCovid: just two million users in two weeks 3 Caregivers in anger : It is necessary to increase... 4 Air France : the transformation plan will be without... 5 Klopp and Liverpool: We are charged, I can tell you. 6 New research Institute: the Streitbus in the city 7 Covid-19 threatens rainforests: Brazil's Indigenous... 8 Alleged rape: accused of Fanzug acquitted 9 Fat Shaming in the network: On the weight reduced 10 Donald Trump: American government complains against... To reassure customers, a major challenge for the stores