Die at 60 years Ana Bejerano, the soloist of mighindics, after a serious problem in the digestive system

The soloist of the Group Mocedades Ana Bejerano has died on Sunday at the age of 60 at the Hospital de Urdúliz (Vizcaya), after not having been able to overcome 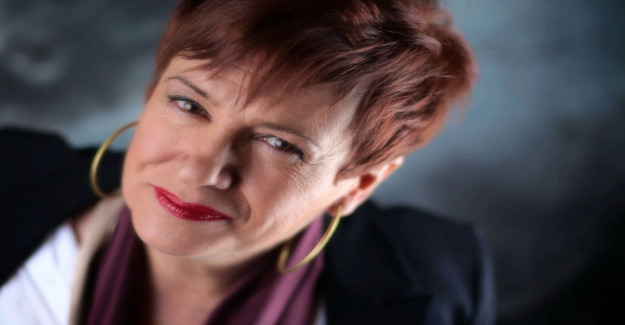 The soloist of the Group Mocedades Ana Bejerano has died on Sunday at the age of 60 at the Hospital de Urdúliz (Vizcaya), after not having been able to overcome a serious problem in the digestive system by which he was admitted on Saturday December 11.

As reported by the singer's surroundings in a statement, he has died at 7:00 pm and the funeral is scheduled for Monday, January 10 at 7:00 pm in the Church of Santa Ana, in his native town of the Arenas de Getxo.

Mocedades loses a "key figure" in his half a century. Ana Bejerano joined himself as a soloist in 1984, with just 24 years, replacing the "legendary" Amaya Uranga, after it announced the voluntary withdrawal of it in October 1983.

"Ana's voice assured our continuity after the march of Amaya, was essential for mockens," he recalled his leader Javier Garay, last of the so-called 'six historical' in training.

Garay has praised that "Ana Bejerano has been one of the most elegant Basque voices since the 80's" and has highlighted his "versatility and good taste". "She could sing so much with a Big Band of Jazz as accompanied by only an acoustic guitar. She's voice in her soprano's thesis covered many records," she concluded.

In 1993 he left him to undertake other projects and, among them, founded the quintet 'Txarango' along with two 'historic' of mighés, Roberto Uranga and José Ipiña.

Later, in 2018, the musical group was reincorporated at the request of Javier Garay. In 2021 they resumed their 'tour 50 anniversary' and premiered their new song 'that the world is not over' in the new theater Alcalá de Madrid during a tribute concert, wrapped by singers Tamara, Lucrecia, Diana Navarro and Sole Giménez.

During the following months Mocedades and Ana Bejerano have lived a "second youth", in which they have run out of all the towns in Riojaforum de Logroño, Palacio de Congresos and Exhibitions of Mérida, Gran Teatro de Cáceres, Auditorium La Pergola de Manzanares, the Cultural Bimilelan Festivals of Calahorra and Terrace of Vigo, in addition to La Vilavella and Vila-Real in Castellón.

In addition, on October 29 collected the Special Award Radiolé 2021 to an entire trajectory at the Fibes Auditorium in Seville, where they sang 'are you' and 'that the world is not over', the latest songs by Ana Bejeran on stage.

His manager José Antonio Alonso, from Talisman Management, has anticipated that "the first concert of mighindics in 2022 will be a tribute to Ana Bejerano", while he has recognized that the group "will take himself in recovering" from the loss of his soloist.

1 Die at 99 Betty White, the last golden girl who never... 2 Abdulrazak Gurnah, Nobel of Literature 2021: It is... 3 Blood, celluloid and bites, the eternal myth of the... 4 Hemingway, the legend of the Holy Liar in a monumental... 5 Suspended Christmas concert of La Zarzuela by the... 6 UNESCO's advisor does not give 'Luz Verde' to the... 7 Bad Bunny repeats for the second year as the most... 8 The best songs of the week: there, Rigoberta Bandini 9 Granada, 1922, Zero Year of Flamenco 10 Who is Marina Valdés, the Substitute of Iñaki López... Die at 99 Betty White, the last golden girl who never...