In the arid northeast edge of the Tibetan plateau, popularly known as the third pole of the world, glaciers are melting. Above all, the 2,684 surrounding the In the arid northeast edge of the Tibetan plateau, popularly known as the third pole of the world, glaciers are melting. Above all, the 2,684 surrounding the rugged Qilian mountain range. The data of the China Academy of Sciences say it: the recoil of the glaciers was 50% faster between 1990 and 2010 than between 1956 and 1990.

"Since the 1950s, the average temperatures have increased 1.5 degrees Celsius in the area," said at the beginning of autumn Qin Xiang, director of a glaciers monitoring station in Qilian. "The largest glacier in the 800-kilometer mountain chain has been reduced by approximately 7% since the 1950s, when the researchers established China's first monitoring station to study it," said the expert.

Qin explained that the foot of a 20-kilometer-square glacier known as Laohugou No. 12, had been withdrawn around 450 meters since the measurements began, and the melting accelerated at a record rate in recent years.

A few weeks ago, Chinese scientists announced that they have launched in the southern province of Yunnan the first glaciers monitoring system in real time. It will help provide a detailed analysis of how they are melting by global warming. The system has been installed in the Baishuihe Glacier No.1, on the Nevada mountain of Yulong.

"It also includes drones with thermographic cameras to learn more accurately how global warming influences glaciers. All information that we detect in real time includes ice earthquakes, temperature pressure and moisture," explained the Chinese Global Times. Yang Yuande, professor at the Chinese Antarctic Topography and Cartography Center (CACSM) of the University of Wuhan, who has directed the project developed jointly with the China Academy of Sciences.

Your team plans to add more features to the system and expand it to the provinces of Sichuan and the Tibet region. "It can be used as an early warning system to monitor geological hazards related to glaciers. To install it in remote areas, we have to overcome many difficulties, such as a relatively erratic power supply and unstable signal transmission since monitoring in Real Time is based on the 4G network, "explains Yang.

"China's remote glaciers melt at a shocking rhythm," says Shen Yongping, expert from the China Academy of Sciences. "The melting in the mountains could reach its peak in a decade, after which it would drastically decrease because the glaciers are smaller and there is less and less. That could bring a great water crisis," says Shen.

Right now, according to the latest data collected in a graph made by Reuters, the Changmaba Hydrological Station, which is next to the Shule River, north of the Tibetan plateau, shows an increase in the amount of water that enters the river each year. "Throughout the region, the water from the mesh of glaciers is accumulating in the lakes and causing devastating flooding," explains Liu Junyan, Greenpeace's energy and climate activist in East Asia.

If we go to the Himalayas, where China shares with India a border of more than 3,300 kilometers, a report from the Institute of Energy and Resources, based in New Delhi, ensures that climate change had a strong influence on rainfall over Himalayas and The melting response of the glaciers. This affects the runoff pattern of rivers that drain from hydrographic basins.

"The Himalayas crosphere is the vital element of three important river basins that originate in the Indian and Nepalese part of the mountains," read the report. "These rivers are the source of life and the sustenance of more than 500 million people in the Indogogetic Plains. Any variability in its flow pattern may have powerful consequences."

1 Isabel Munera, awarded with the IV Journalism Award... 2 The quiet life of the 'twenty-haired' Modric and the... 3 The singer-songwriter Pau Riba announces that he suffers... 4 The stable and discreet relationship of Raúl Arévalo... 5 The Italian athlete scammed for 15 years by a lady... 6 Snow limits traffic in more than 600 kilometers of... 7 The Government proposes to the former Minister Isabel... 8 The OECD AWARE AGREE Pressure in the financial sustainability... 9 The Civil Guard finds in the vicinity of Formigal... 10 Simeone, a sprint, a hug and the broken voice of happiness:... 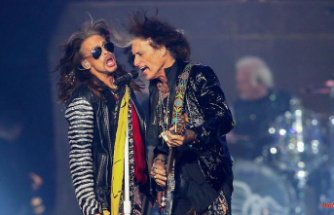