ERC has shown the last days that, as the main partner of the Government of Pedro Sánchez, he has in his hand to facilitate the work of the Executive, but also t ERC has shown the last days that, as the main partner of the Government of Pedro Sánchez, he has in his hand to facilitate the work of the Executive, but also tickled the two years left of Legislature.

Esquerra and his fellow EH Bildu, with those who are tandem in the negotiations, add up 18 seats in the Congress of Deputies and 16 in the Senate, a figure nothing despicable given the Government's fragile parliamentary arithmetic - sustained in fear of The PP-VOX-and sufficient alternative to put under threat key laws such as labor reform, pensions or democratic memory, and even the state's own general budgets, still in process in the high chamber.

This force allows the independence to squeeze their demands to Peter Sánchez to the maximum, as has happened with the crisis of the audiovisual law. They are willing to negotiate and meet as many times as necessary with the government, but they warn that their demands should be seen. Otherwise, they declare themselves determined to open what remains of legislature, torpedo the aspirations of Sánchez to have a final stretch of calm mandate under the umbrella of the millionaires European funds.

In effect, the Republicans have before them several roads to exert pressure on the government. From maneuver together with other forces to get delaying the entry into force of the budgets for 2022, until you put sticks on the wheels of the nearest legislative agenda that manages the executive.

In this section, the focus is placed on the Audiovisual Law itself, but also in other determinants for the Government, such as the Democratic Memocratic Law, which of origin raises many strains in the independence ranks. Also the Housing Law, the reform of the citizen security law and even the controversy reform of labor reform, without counting future initiatives that in the form of real decrees or bills have the executive in portfolio to demonstrate their bet, they say, "For the fair and sustainable recovery of the country."

ERC focused all its negotiating force in the processing of budgets in achieving its language objectives in the audiovisual field and, now, after failing its expectations in this area, seeks new pathways against the government.

Thus, its first verbal boards have been released on the general budgets of the State, still pending processing in the Senate and that should be approved in the last week of this month to enter into force on January 1.

In this last land, Republicans weigh the possibility of supporting some amendment of the many that will present the PP in the upper house and get the Senators of Basque nationalism in order to get the majority sufficient for, at least , an approved come out.

It should be an amendment that does not suppose high and low funds, so that it can not be vetoed by the government. If they achieved it, the draft budgets would be returned to Congress so that a full discussion and voting the inclusion or not of the aforementioned modification in state accounts. This maneuver would not make the project zoom, but it would be delayed, preventing budgets from entering into time and form.

Beyond the state's accounts, ERC has enough weapons in his hands to question Sánchez's desire to complete his mandate by gala of reformist spirit with marked social dye. The Republicans could get to block the audiovisual law in Congress and in this task they could even have the support of at least one United Faction, as well as the votes of the EH Bildu.

Likewise, they would not hesitate to stay immovable in their complaints of repeal of the Amnesty Law, to give the approval to the Democratic Memory Law, amen of raising the bar in its full repeal demand for the labor reform of the PP and upload the Fingerboard of claims on housing and citizen security.

Republican Esquerra can also resurrect approaches, at the time numb, in relation to the negotiating table on the Catalan conflict, a delicate scope susceptible to burning the independence encouragement with the slightest spark and that would find a broth of cultivation conducive in the discomfort that Economic uncertainty begins to turn on the street.

1 Buenafuente defends the comedian David Suárez: A... 2 Benefits of Customized Body Kits for a BMW Car 3 The great party in which Marta Ortega has assembled... 4 Yolanda Díaz affirms that she saw what was going... 5 The Prosecutor's Office Extends Six Months More Research... 6 This is Time for Premiere of Paper House 5 Part 2... 7 European justice paves the way to punish Hungary and... 8 Calviño tries to deny the OECD: Spain will be one... 9 Secret Story: The House of Secrets | Direct | Miguel... 10 Leiva: Joaquín Sabina has given me his diary, what... 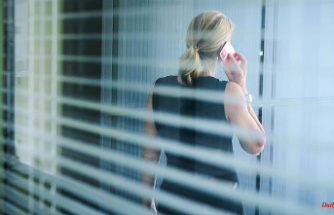 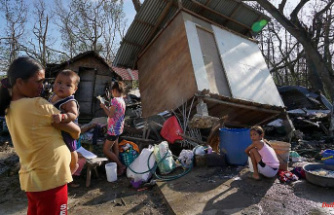 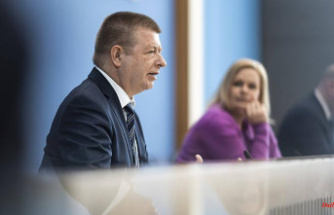 Focus on Germany: The Office for the Protection of the Constitution sees espionage as in the Cold War
BREAKING NEWS