Financial scandal in Germany : the company Wirecard files for bankruptcy

The German society for online payments Wirecard, immersed in a financial scandal of great magnitude, files for bankruptcy, she announced Thursday in a press rel 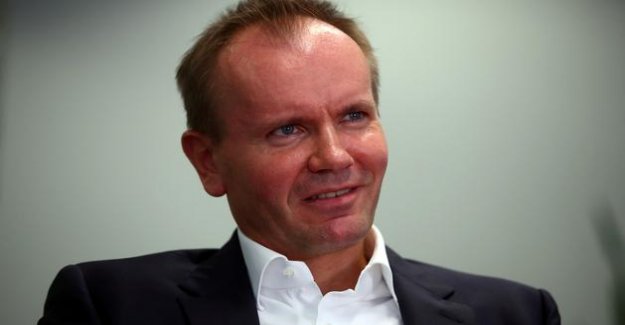 The German society for online payments Wirecard, immersed in a financial scandal of great magnitude, files for bankruptcy, she announced Thursday in a press release.

read also : Wirecard, the fall of a nugget of financial services

This application is filed with the court of Munich is justified by "the threat of insolvency and over-indebtedness," says a company listed on the Dax in Frankfurt, and which is the subject of a criminal investigation on suspicion of fraud after the disappearance of more than 1.9 billion euros of the accounts of Wirecard in the Philippines. Justice can now opt for the opening of a legal settlement that would allow the company to restructure itself, or to its winding-up if there is no hope of recovery.

Each day brings its share of twists and turns in this case, which had culminated with the arrest early this week of the former president of the company Markus Braun, who has since been released against the payment of a deposit of 5 million euros. He is suspected of having "inflated" artificially the balance sheet of this company of services of payment online which owes its fame to the boom of online commerce. Because of the amount not found 1.9 billion, although recorded on the balance sheet of the company, the auditors of EY had refused last Thursday to certify the accounts for the year 2019.

This decision is rare, has triggered new investigations of the German justice, which had already Wirecard in the sights for a few weeks, and a stampede of investors on the Stock market. On Thursday, the title Wirecard has been suspended from the listing at 08: 30 GMT, after the announcement of the bankruptcy filing and while he was 10,74 euro, down almost 13%. The title dropped almost 90% since last Thursday. The German press also mentions a movement of desertion of the clients of Wirecard, of what to aggravate its financial situation already precarious.

on The side of the judicial investigation, the Philippines announced on Wednesday that they enquêteraient on links with the scandal hitting the provider's balance sheet of payments. The ex-right arm of the boss, Jan Marsalek, chief operations officer sacked from the company and located in the Philippines, must be present at the German court next week, according to the Süddeutsche Zeitung, one of the three major German newspapers.

Markus Braun was arrested on an arrest warrant issued for "inflated" artificially the balance sheet of the company, in order to make it "more attractive for investors and customers," according to the public prosecutor of Munich.

This case, which tarnishes the reputation of the German economy, is "a complete disaster" and a "disgrace" to the country, acknowledged this week the boss of the supervisor at German financial Bafin, Felix Hufeld, whose authority does not emerge unscathed from the scandal. Wirecard guarantees the settlement of transactions carried out online by companies - airlines, travel agencies, online pharmacies, etc. - cashing in passing a risk premium.

The editorial team conseilleSoupçons of fraud: Wirecard admits that the 1.9 billion euros of the balance sheet "probably does not exist"Wirecard : the ex-CEO released on bail of 5 million euros2 commentairesLe Montagnardle 25/06/2020 at 11:53 am

It is thus that the "famous German model"?..

And don't imagine that this is an isolated case. The white collar crime is very common. But it is morally accepted by society.

1 In Georgia: Three suspects after fatal attack on Jogger... 2 New statistics: Doctors made in the past year, more... 3 Luxfer : near Clermont-Ferrand, ex-employees mobilised... 4 The Pentagon publishes a list of related companies,... 5 The discovery of a case of covid in musicians leads... 6 Corona-Lockdown in Nigeria: An epidemic of violence 7 Death in the Pacific: adventurer, Angela Madsen is... 8 Film online: HBO gone with The wind provides alerts 9 Liverpool beckons Holy Grail: Klopp looks but the... 10 Borussia Dortmund: Continue with coach Favre In Georgia: Three suspects after fatal attack on Jogger...