The Spanish emergency services located on Saturday the lifeless bodies of four more immigrants and are already eight the deceased in the shipwreck on Thursday of an precarious vessel on the coasts of Cádiz, where it is still looking for 17 disappeared, reported maritime rescue.

"Throughout today, four bodies have been found," he specified a spokeswoman for rescuers on search operations activated in this nearby area after Trafalgar, at the southern tip of Spain and close to the coasts of Morocco.

On Thursday night, emergency teams received a ship alert who had sighted a precarious semi-hunted vessel about 60 kilometers west of the Cape.

Then an assistance device was activated and three people were rescued with life: two men who were on board the ketry next to the corpse of a third person, and a woman, recovered with life from the sea. In addition, three other lifeless bodies were located.

According to the survivors, 28 people traveled in the Patera, of which he has not transcended his nationality or the starting point of his trip.

Searches in the area, supported by a helicopter and several boats, continued on Friday and Saturday, when four more bodies were located, which were being conducted to the port of Cádiz.

The rescue operations of the 17 immigrants who remain disappeared will resume on Sunday, reported maritime rescue. This type of migratory dramas are recurrent on the Spanish coasts, which immigrants seek to reach, despite the dangers, from Morocco or Algeria, mainly.

In total, 27,136 immigrants arrived by sea to Spain between January and September of this year, 53.8% more than in the same period of 2020, according to figures from the Ministry of the Interior.

As estimated at the end of September, the International Organization for Migration (IOM), 2021 has been the deadliest year on the migratory route to Spain, with at least 1,025 people dead.

The route to Canarias is particularly dangerous. At least 785 people died trying to reach their costs between January and August of this year, according to IOM.

Walking borders, a Spanish NGO that bases its figures in testimonies of migrants or their families, estimates that they are more than 2,000 people dead or disappeared in their attempt to get to the Canary Islands this year.

1 Cape Verde Extradita to United States to Colombian... 2 Pedro Sánchez places 'Superbolaños' as a strong... 3 The success model of the Real Society: from those... 4 Apple Event: What are you going to present next Monday? 5 David Amess: A true East End boy 6 China test a hypersonic missile with nuclear capacity 7 The price of the light bat record of one Sunday with... 8 Coronavirus today, last minute | The contagions of... 9 We can trust Yolanda Díaz to lead the left and that... 10 Sánchez finds accommodation to Calvo and Ábalos... 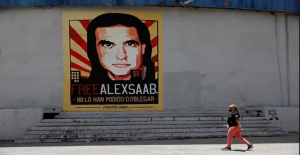