For the filmmaker, haitian Raoul Peck, there is a racism brutal, ugly, malicious in France

Author of the documentary I am not your negro, where he denounced the denial of white America in the face of racism, the filmmaker, haitian Raoul Peck, denounce 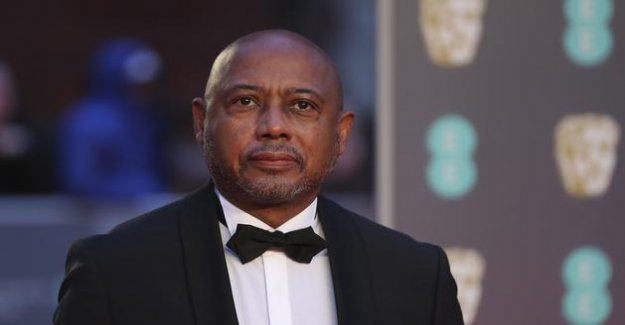 Author of the documentary I am not your negro, where he denounced the denial of white America in the face of racism, the filmmaker, haitian Raoul Peck, denounces today the attitude of France faced with this same poison.

read also : Emmanuel Macron : France will be "intransigent" in the face of racism, but "will not erase" not his history

"France is in denial and her children no longer have the time. His children "adultérins" no longer want to wait. His children black, white, yellow, rainbow flapping," says the filmmaker in a text entitled "I choke" to be published this Wednesday, June 17, in the weekly The 1.

"The concentration of anger is accumulated every day in the hearts of those who "do not resemble" those who look at you from the outside, through the steamy window, is immeasurable," wrote one who was a juror of the Cannes film Festival in 2012.

With an anger contained, the filmmaker whose film had been selected for the Oscars and who was awarded the César for best documentary in 2018, " explains that racism "brutal, ugly, malicious" that he finds in France is the fruit of a long history linked to the rise of capitalism and social inequality.

"It is simply arrived at the end of a too heavy legacy of injustice, denial and profits, built on the misery of others. France is in denial because she refuses to accept that he lost his prominent position and his empire", writes the director.

" I thought that another world was possible, without you having to put the fire everywhere. Now, I am not sure of the " any "

Former minister of Culture of Haiti, living mainly in France since more than fifty years, the filmmaker admits to being "a black man preferred to any point of view", but observes with dismay "the excessiveness, the words racist, gestures racists, making racist, racist laws" that have become commonplace.

"we need to get to the root. Put everything on the table, to rebuild everything. No institution should escape. This is the problem of every citizen, of every institution, the press included, each board, each union, each political organization, everywhere it is necessary to open this project because it is up to you to solve this problem, not the Blacks, or the Arabs, or women, or gays, or the disabled, or the unemployed," insisted Raoul Peck. Before adding: "We will reach you in a timely fashion."

"I thought that another world was possible, without you having to put the fire everywhere. Now, I am not sure at all", concludes, pessimistically, the director.

The editorial team conseilleLes african countries requesting a debate on racism in the Council of Human rights of the ONUApple commits $ 100 million to the fight against the racismeLe reference dictionary american will modify its definition of "racism"72 commentairesMoirionsle 16/06/2020 15:42

if he is so unhappy, it only has to go in. Haiti ! It is an island of peace and love.

Attention a Raoul can hide another. He mixes his country the the it.

It is not a little uncouth as to spit in the soup, especially as nothing forces them to not live in Haiti...? a
At the bottom, here, he feels at home or on a visit ? What side spectator denigrant, fingers in the dish of petits fours, is a little annoying, but there are who like to be...

1 Commerzbank sells building: fear of the Future at... 2 Diesel scandal: Former VW-Manager in Croatia arrested 3 Protests against police violence: America does not... 4 Corona-study: In children, less common antibodies... 5 Technology of the future: American companies are allowed... 6 Process kick-off in Frankfurt: A clear Signal to the... 7 Corona outbreak in Berlin: 369 households in Neukölln... 8 The comedian Kham died in a road accident in a jet-ski... 9 Can Greece host travellers from outside europe ? 10 Because of the coronavirus, all branches of the Security...

Old summit, the huge volcano that has put on maximum alert to the palm
BREAKING NEWS HEADLINES Commerzbank sells building: fear of the Future at...