Forza Horizon 5, or how to walk in convertible for Mexico from the room

Forza Horizon 5 is one of those few videogames in which all the pieces fit perfectly. It is easy for those who start and a challenge for veterans; It looks Forza Horizon 5 is one of those few videogames in which all the pieces fit perfectly. It is easy for those who start and a challenge for veterans; It looks luxurious in the new generation of Xbox; It is fun and frantic, but at the same time it does not overwhelm and it always leaves you clearly that you can do everything at your own rhythm; It has hundreds of vehicles and thousands of kilometers of road to explore ... I am tempted to use the adjective "perfect" but it would not be fair to do it without confessing that, in general, I am a big fan of the Horizon saga. Caveat Entortor.

For those who arrive for the first time the Horizon phenomenon it is convenient to clarify that it is rather "light" race games. Touching in the different difficulty options you can get a pretty realistic driving, but the horizon have always been (and this is no exception) more arcade than simulator.

They are, in a certain way, games of "open world", in which you do not have to focus on a predetermined goal. There is a story that can be followed to discover new tests, vehicles and challenges, but it is perfectly possible to ignore it for long periods of time and get lost in the scenarios or make the crazy on the road.

And what scenarios! Playground, the company behind the title, has set this delivery of Horizon in Mexico and is a spectacular leap against Forza Horizon 4, which passed in a pretty bland UK.

The landscapes are vibrant and varied, with more than 50 regions through which more than 500 roads are crossed and that include deserts, beaches, jungles, volcanoes and cities. From the first moment, in which you drop from a plane on a road in the middle of a volcano, this game does not stop surprising you visually and transmit good vibrations.

It is the first horizon clearly designed for the new generation of consoles and it shows. In PC requires a moderately decent machine to move. The minimum on graphic card is an AMD Radeon Rx 570 or a NVIDIA GeForce GTX 970 but to squeeze it thoroughly, it will be necessary to go a little further.

This is the first Forza, too, that includes Ray Tracing technology (one way to interpret 3D models that allows to use reflections and very realistic lighting effects), but unfortunately it is not active during driving, only when viewing The cars in detail.

The game is full of them, by the way. There are more than 500 to collect or buy. As in the previous Forza Horizon, these vehicles can be achieved in many ways. As gifts from other players, prizes for winning races and testing or seasonal passes. All vehicles can be modified with different colors, designs or accessories to achieve a unique appearance or better performance for a given test.

Do not be obsessed with this. From the first moment the player will have good cars with whom to explore all the scenarios and compete. If any race or proof requires a specific vehicle, the player is given. But part of the grace of Horizon is to expand the collection and share the creations and designs with other players.

The feeling at the time of driving is very similar to that of the previous delivery. No matter how bad we are given, there are no consequences because it is always possible to "rewind" a few seconds and better take that curve or avoid shock with another vehicle. Nor is it happening anything to hit, beyond the cosmetic effect it has on the vehicles and that can be easily repaired. I said: This is a game to have fun, not a driving simulator.

The mechanics and types of forza Horizon 4 are still here, but there are two new tools. Events Lab allows you to create careers and tests and share them with other players. It is a fairly powerful editor since it allows not only to design circuits but also the rules thereof.

The second tool is the "expeditions" that are like the different chapters of the story mode and unlock new type of career on the map.

As in the previous version, Horizon changes station of the year every week and the change affects the map with different climatology and events. One of the progress of the new version, in fact, is a dynamic atmospheric system that includes impressive thunderstorms or sand.

Forza Horizon 5 is available at Xbox Series S / X and PC from today, November 5, for those who have purchased the premium edition of the game, and from November 9 for the rest. The standard edition costs 69.99 euros; The Deluxe, which includes the car pass (a new car every week for 34 weeks and eight cars of Formula Drift), 89.99 euros; and the Premium, with a welcome pack, the car pass, VIP subscription and two game expansions that will be available soon, costs 99.99 euros. The basic game is also available as part of the Game Pass subscription service.

1 This is how technology helps reforest a forest 2 Fleet Managers of Robots: The Heads of Personnel of... 3 Hitler, spongebob ... the EU slows the Covid certificate... 4 SCUF Instinct Pro: Leaving the bar very high 5 This is the new generation of Intel CPUs 6 When Dexter premieres: New Blood, season 9 of the... 7 The Great Wyoming analyzes the reactions to the budgets... 8 Sálvame asks for forgiveness to the gypsies by unfortunate... 9 Isabel Díaz Ayuso visits the anthill for the first... 10 The farce of Ortega: repression and empty streets... 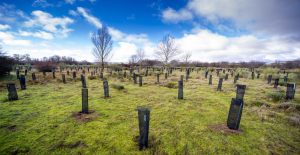 This is how technology helps reforest a forest