Germany will stop paying indemnities to unvaccinated workers who are obliged to quarantine for measures against Coronavirus, since it is unfair to ask the taxpa Germany will stop paying indemnities to unvaccinated workers who are obliged to quarantine for measures against Coronavirus, since it is unfair to ask the taxpayers who subsidize those who refuse to vaccinate, declared the Minister of Health on Wednesday, Jens Spahn.

The rules, which will be applied by the Governments of the 16 Federated States of Germany, will take effect no later than October 11, Spahn said, confirming the details of a document draft previously seen by Reuters.

The rules will affect people who give positive in virus tests and those who return from travel to designated countries such as "high risk" for the COVID-19, which now include Great Britain, Turkey and parts of France, among others .

Non-vaccinated travelers from these countries must remain quarantined for at least five days. Those who have been vaccinated or recently recovered are not obligated to do so.

Critics have said that these standards would be equivalent to a mandate of mandatory vaccination against COVID-19, since many workers can not afford to stay at home without charging.

"We should see this otherwise," Spahn said at a press conference. "It's about equity. Those who protect themselves and others through vaccination can rightly ask why we must pay someone who has finally finished after a vacation in a risk area."

There are also privacy problems. Germany has strict laws that regulate the privacy of data due to its history of Nazi and communist state surveillance of citizens, and employers do not usually have the right to request information about health issues.

Vaccines are not obligatory in Germany, but the authorities have taken measures that do increasingly uncomfortable not being vaccinated.

Covid-19 tests, necessary, for example, for dinner at closed restaurants, will cease to be free from October 11.

In addition, some German states are allowing businesses as restaurants or sports stadiums to choose whether they admit people with negative evidence, or only those who have been vaccinated or recently recovered from the VOCID-19.

Germany has completely vaccinated 74% of adults, compared to 72.3% of the European Union as a whole, according to official data.

1 Amazon announces the first Kindle with wireless load 2 Concha Velasco reveals his attempted suicide: Buenafuente... 3 David Flores asks a year of prison for Rocío Carrasco... 4 Uma Thurman speaks for the first time of his darker... 5 Tiggy Legge-Bourke, the former babysitter of William... 6 First images of Ainhoa Arteta after breaking with... 7 7 Easy Ways to Keep an Easy Lifestyle in a World That's... 8 The CGPJ expels the judicial career to Manuel Arce,... 9 Asensio, between the tunnel and the Light: a bet,... 10 Irene Montero assures that he will regulate the conscientious... 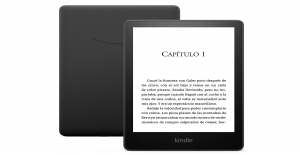