ENDESA E IBERDROLA has given the government with the Government at the Great Renewable Auction held on Tuesday to award a regulatory retribution to 3,300 'gree ENDESA E IBERDROLA has given the government with the Government at the Great Renewable Auction held on Tuesday to award a regulatory retribution to 3,300 'green' power megawatts. The result has been that the Ministry of Ecological Transition has not been able to fulfill the auctioned energy objective, staying at 95% of the goal against the bid of the past month in which the offer tripled.

ENDESA justifies its decision for the purposes of the measures included in the Royal Decree Law designed by ecological transition. Specifically, due to the obligation imposed on the large electrical groups in the country of auctioning part of its electricity production among large industrial customers and independent marketers to provide greater "competitive pressure" to the market.

Sources of the company argue that this loss of production leads you to have to buy electricity in the wholesale market to supply its millionaire customer portfolio, the largest in the country, so the Group is committed to focusing its strategy to promote its own generation .

When Endesa's runoff, advanced by this newspaper, added even more noisy IBERDROLA. Sources of electricity justify their decision on the current context of "regulatory uncertainty" after the legislative change approved by the Government. The striking is that its refusal to participate in this mechanism designed by the Executive to attract investment to Spain coincided with the announcement of a record investment plan of 7,100 million euros in the United Kingdom for the development of the East Anglia Hub, the Project that concentrates the largest investment volume of the company in the world and one of its elders in the field of sea wind.

The news was distributed by the company along with some photos of its president, Ignacio Sánchez-Galán, dialogue in a relaxed and friendly position with Prime Minister Boris Johnson, just the day he presented his ambitious plan to reduce pollutant emissions from the country In the coming decades. Smiles in London, tension in Madrid.

The auction has not had the share of ACCIONA, another of the large Spanish renewable operators, although in this case its decision has been marked by its strategy of diversifying its generation sources between those with regulated retribution and others that sell energy directly in the market.

The one that has gone to the auction called by the government has been Naturgy. The Catalan electric electric has been made with a total of 221 photovoltaic power megawatts, according to sources of the company, and is unchecked from the pulse that maintains its two main rivals with Moncloa.

Companies that come to the auction and are awarded to commit themselves to bidding an amount of energy stipulated to the market for a specific period of time. This electricity will be paid at the price that is committed to the auction.

The Great Winning day has been capital Energy, which has been imposed on the auction when it comes to awarded 1,550 megawatts. It is somewhat less than half of the energy put into Liza. Practice totality correspond to wind megawatts and suppose all the amount to which the group aspired.

The average price of adjudication has been 30 euros the megawatt hour, more than five euros above the average price obtained at the January auction this year. It is an increase of 20%, that Vice President Teresa Ribera sees "reasonable" before the strong escalation of the cost of equipment goods and raw materials.

Responsible for the country's energy policy does believe that the result of the bid is positive despite not having achieved the goal. "It has been raised at a particularly delicate moment, especially complex and turbulent, in the European energy panorama and 95% of the offer has been covered despite the difficulties," she said. For staying with something good, the government concludes by ensuring that the 30 euros per megawatt hour committed to average with the awarding are much lower than the 200 that the market is currently. The question is whether, in such a volatile scenario and uncertainty in the sector they will continue to be in the future. Only one data: the price of medium electricity in October 2020 was 36 euros per megawatt hour.

1 Authorized the use of modified load drones to try... 2 The Government will transfer 1,010 million to the... 3 The electric car remains uncontrolled in rural Spain:... 4 The city of Zamora reaches zero incidence: no new... 5 Three million children could be vaccinated this fall:... 6 Sánchez is committed to reaching 90% of vaccinates... 7 Australia puts an end to quarantine in Melbourne,... 8 The Great Mecca Mosque, 100% capacity for the first... 9 The first space cinematographic expedition returns... 10 Investigate 200 deaths in the study of an experimental... Dissidents of the FARC murdered 'El Paisa', one of its most bloodthirsty commanders
BREAKING NEWS HEADLINES 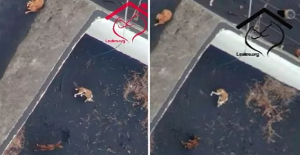 Authorized the use of modified load drones to try...