The social network has introduced a new function that allows for the first time that its users can make publications directly from the computer, from where it i 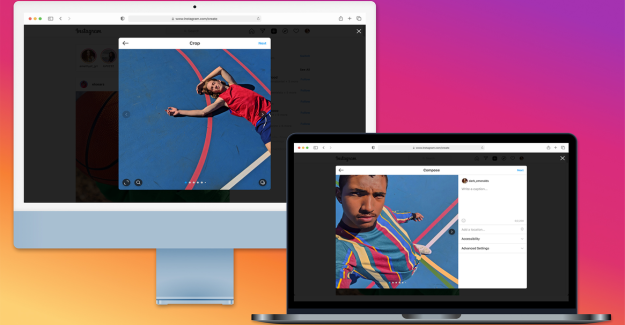 The social network has introduced a new function that allows for the first time that its users can make publications directly from the computer, from where it is already possible to upload images and videos through desktop browsers.

The Facebook owned platform has announced new features aimed at the creators, who aspires to "provide new ways of expressing themselves, telling their stories and connecting with their audience" through new products for their 'feed' and for reels, as HA insured in a statement referred to Europe Press.

Among the most outstanding novelties is the possibility of climbing content to 'feed' of Instagram from its desktop version, a characteristic that the community of the social network had been demanding for years.

With the new function, Instagram users around the world can now publish images and videos of less than a minute of duration directly from a desktop browser. Before it was only possible to do it from mobiles.

Another of the new functions had already been announced on Wednesday, as is the case of collaborations (Collabs), which allows users to be co-authors of publications in the 'feed' and in the reels, its format of brief videos in Vertical similar to Tiktok.

Instagram has also launched a new independent space, directly from the user's profile, for the creation of non-profit fundraisers, a function that was already available but not independently.

The social network has completed its novelties with the announcement of Superbeat and Dynamic Lyrics, two new features for the musical videos of its Reel format.

SuperBeat intelligently applies special effects to the rhythm of the song. Users can complement it with Dynamic or 3D Lyrics, two new effects that show the lyrics of the song on screen and seek to reduce the time that is passed by editing.

1 Ramón Sáez Valcárcel, a prestigious jurist to the... 2 Calviño is unmarked from Sánchez and Díaz and avoids... 3 Spain agrees with the US that does not punish you... 4 Government and CCAA are still far from closing an... 5 In the middle of a surge of scandals, Facebook studies... 6 The CNMC loads against the Plan of Thebes so that... 7 Bankinter wins 1,250.6 million until September, including... 8 Corona infection of the coach: Nagelsmann also misses... 9 Princess Leonor returns as high at the concert of... 10 The dramatic personal story that hides after the concert... Ramón Sáez Valcárcel, a prestigious jurist to the...