It must be down!: the ex-CEO of eBay mixed in with the strange operation of harassment of bloggers

It is a story that seems straight out of a film of brothers Cohen. Six former employees of eBay are accused of having led a campaign of cyber harassment against It is a story that seems straight out of a film of brothers Cohen. Six former employees of eBay are accused of having led a campaign of cyber harassment against a couple, the author of a newsletter specialized in e-commerce. They would have sent a Halloween mask, cockroaches the living and a wreath to their home to try to intimidate them, according to the american justice.

They would have acted with the backing of two senior officials, including Bloomberg revealed the identity: it is the ex-CEO of eBay, Devin Wenig and chief of corporate communications, Steven Wymer. These latter are not continued, but a document of the Court, which is a detailed account of the case is directly link.

it All starts in April 2019. The publication of an article on the decline in sales of eBay in favor of Amazon causes the wrath of Devin Wenig, who requests to Steven Wymer intimidate its author and her husband. "It is necessary to go down," he wrote. Devin Wenig will load several frames of eBay to mount a campaign of 'distraction'.

These will then develop a plan to silence the couple. In a first step, they are delivered to their home objects macabre, a book on mourning the loss of a spouse, fly larvae and spiders live. The pornographic magazines are also sent to their name, but the address of their neighbours. The case also makes mention of a fetal pig, but it would have finally been sent according to the prosecutor, quoted by the AFP.

To cover their tracks, the employees take care of these commands with the help of prepaid cards, via the e-mail addresses to a single use on computers purchased specifically for this task.

The team also created multiple Twitter accounts through which they send threatening messages to the couple, by pretending to be users of eBay dissatisfied with the articles they publish. They also broadcast advertisements containing their address, which invite the locals to come and serve in their furniture because they intend to leave the country.

Two executives of the company go up to get to the couple's home, to install a GPS tracker on their car, in the pretext of a business trip. The latter will notify the police, who demand revenge at eBay. The employees of the company responsible for this campaign of intimidation claim then working with the police, the lawyers, eBay, and sink into a fabric of lies.

They include attempts to remove the evidence of their actions by erasing the data contained on their phones, which only increases the suspicion of the authorities towards them. An internal investigation eventually led to the dismissal of the employees involved, in September 2019, said eBay in a statement. The company also indicates being separated from his chief of communications, without naming Steven Wymer.

The company minimizes the implication that its ex-CEO, Devin Wenig, currently a member of the board of directors of General Motors, has had in this case. "The messages of Mr. Wenig were not appropriate, but there is no evidence that he had knowledge of the actions directed against the authors of the blog," said the company. Devin Wenig has left eBay in September 2019, "for multiple reasons" according to the company.

pursuant to its events, two executives at eBay have been arrested. In all, six former employees of the company are set to appear in the coming months. They could face up to five years of prison and 250 000 dollars of fine.

The editorial team conseilleCyberharcèlement: how do we respond?Facebook between of walk-in e-commerceAmazon, eBay: consumers associations alert about the dangers of purchasing ligneSujetsEBayHarcèlementProcèsaucun comment

1 Box full to the national agreement on the status of... 2 All the metro stations re-open in Paris on Monday 3 Corona at the slaughterhouse: A Mass break-out as... 4 Lübcke-process Video: I got hate 5 Hit for the morality: the singer Vera Lynn is dead 6 The castle festival in Bad Vilbel: tickets remain... 7 Next week it will be hot: forecasters Regner expect... 8 Trick: False police officer cheated by a pensioner... 9 According to a criminal complaint: office of the public... 10 Process to cults-Boss: coroner confirms Tie up in... 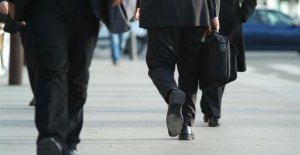 Box full to the national agreement on the status of...