A firefighter team of the Emergency Service of the Principality (SEPA) has located today the corpse of a man inside a house of the town of La Reollada, in Miere 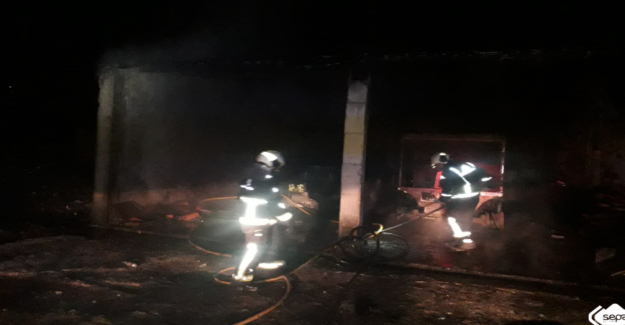 A firefighter team of the Emergency Service of the Principality (SEPA) has located today the corpse of a man inside a house of the town of La Reollada, in Mieres (Asturias), in which they had proceeded to turn off a fire that It affected the first floor of the property.

According to the SEPA, the 112-Asturias Emergency Coordination Center received the notice at 6:45 p.m. a call that alerted that smoke from a dwelling of two heights, located between two other houses, in which The communicating said he lived a man, but who did not know if he was in the property.

When the firefighters came to the place of the facts, the fire was already well developed on the ground floor and, after starting the extinction tasks and making a first ventilation, it could be verified that on the top floor, where the rooms were located, not There was no person.

According to the SEPA, when they were subsequently accessing the lower plant, the Civil Guard has been charged, and at 7:36 p.m. the fire was taken by controlled although two firefighters continued in the area performing surveillance tasks And control.

1 The prosecution opens an investigation against Pedro... 2 Trade unions close the Chicago public schools for... 3 A Venezuela, two parliaments 4 The discontent for gas prices puts the president of... 5 Bolsonaro receives the discharge of the hospital:... 6 Josep Borrell warns Russia that can not define European... 7 Two journalists exile from Cuba and are stranded at... 8 Tens of dead protesters and a thousand wounded by... 9 Pionyang confirms the launch of a hypersonic missile... 10 The influx to the museums goes back in 2021, but it... The prosecution opens an investigation against Pedro...