Martín Cuenca proposes a disturbing and minimalist reflection on maternity

He kept Heidegger with the full prose that emptiness is nothing. Not even a fault. That the void acts as a founding act that seeks to forge places. Then ( He kept Heidegger with the full prose that emptiness is nothing. Not even a fault. That the void acts as a founding act that seeks to forge places. Then (or before) he put the illustration of the pitcher whose definition and sense is neither his interior nor his condition of raincoat but, precisely, his void. And he added: "That nothing in the pitcher". Manuel Martín Cuenca, who presented the daughter on Wednesday out of competition at the San Sebastian Festival, is a reader (or should be) from the philosopher to the point of building a good part of his filmography from a minimalist conviction more aware of what remains of what he adds; More interested in suggesting than teaching.

The daughter is, as before she cannibal '(2013), a good example of that creed committed to forging places from the gap, from everything that leaves the camera when you retire. The film tells the story of a determined couple to have a child. Whatever it takes. For this he will not hesitate to refuge at his house a pregnant adolescent under the agreement that, fulfilled the time of gestation, the creature will change from mother and will have a father. Let's say it is a very perverse way of subrogated gestation.

To get here, the daughter takes her time. The first scenes just show a furtive meeting in an indeterminate place of the forest that is not clear if it is kidnapping or appointment. It's just a note of everything that will come later. Martín Cuenca thus builds a thriller with a haiku aspect with the virtue of surprising every step. No gesture, no matter how much it seems, is banal; Always with the look of the viewer folded in a gesture that wants to be at the same time interrogation and surprise. Nothing is obvious. Nothing is given. It matters, precisely, that nothing from the clay container that the thinker said. The fact that the entire plot turns around a body that, little by little, is full of life, braid a beautiful metaphor and adds power to that image of worlds, of that pitcher that is full.

It is true that the film does not get everything that promises with the rigor due. At times, it becomes too explicit and award-winning; At times, surprises with too arbitrary script decisions (the confinement resolution seems so brutal and free in his desire to draw the attention he disarms). And then there is that bonery of the Dron on his desire to capture the incredible gazing landscape that, directly, works against the main postulate of the tape. The drone, by definition, teaches everything and everything makes it postcard, in Souvenir de Balance.

Be that as it is, the daughter, first supported by the always disconcerting and wise interpretation of Javier Gutiérrez in the role of being adorable that gives fear, advances cautious towards that same precipice over which the lonely house is raised where almost everything is. A journey is intended through the fog and on the snow towards the unknown. And there, in the drive of two faced maternities (the biological mother and the other), of two vessels that give and want a new life, she approaches the fearsome construction of a deep and full empty. It was that.

For the rest, the official section to competition was closed on Wednesday, waiting for the arrival of Johnny Depp to receive his Donostia Award, with Enquête Sur a Scandale d'Etat (research of a state scandal), from the French Thierry of Peretti. The proposal of the director of tapes as shocking as the Apaches seems as provocative and challenging as finally only confusing. It is about having a journalistic research from the opposite position to which the gender films have accustomed to us. The typical argument of an ethically unbeatable reporter against the industries and wanderings of power (all it) is now disassembled by the hand of a story built on a material as unstable as doubt; A thriller who, in truth, is the opposite: Antithriller.

Real story is counted (everything happens from 2015 to now) of a police mole and its relationship with a journalist. Together they impose the mission to shed light on the sewers of a state that, by that of combating drug trafficking, ends up being a drug trafficker. The investigation of the efforts of the Rule of Law will lead the couple to trace even in the linking of the Gal in Spain and drug trafficking.

But Peretti's proposal wants more. It is not about playing the schemes of Alan J. Pakula cinema, much less than the best apprentice, Steven Soderbergh. The idea is to describe the path of the heroes without renouncing to also count their miseries associated with the ego and the paranoia. On the other hand, the villain, incarnated vibrantly by Vincent Lindon, nor is it allowed to trap by Manichaism to use. He is the bad, yes, but he does not lack such moral motivations like those of others.

The problem of the film, we said above, is that, despite the praiseworthy to be directed to the most adult part of the adult public avoiding childhood reductionisms, soon ended up in the simple chaos. His effort to tell everything, say everything and explain it almost everything turns the narration into a prosecutive round trip and unable to encourage little more than discouragement. Pity. Be that as it is, the attempt is and the certainty of a strength in the staging on the margin, this time, of doubt.

By joining a movie with another, everything that is suggested in the daughter is superrepresented in Enquête Sur a Scandale d'Etat. Contrasts day.

1 Amazon to Eddie Murphy to starve three films 2 Die at 89 years Melvin Van Peebles, African-American... 3 Diego Urdiales: Back to Madrid in Autumn has a special... 4 The ranchers of Bravo meet in Seville before the challenge... 5 Historical Return of the Bulls to the Maestranza Two... 6 Netflix premieres his documentary by Britney Spears... 7 Julen and Sandra Pica, the protagonists of the first... 8 Disney's last experiment: How would a world be without... 9 US approves the third dose of Pfizer for over 65 years... 10 More weight in public health, portfolio of services... 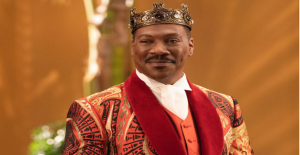