80% of the infections that contract in the hospital are associated with the placement of medical implants such as prosthesis and catheters. Bacteria take adv 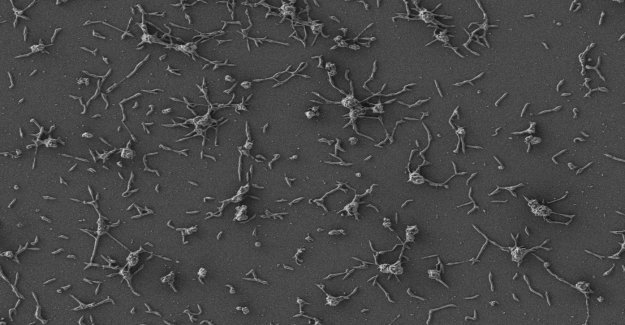 80% of the infections that contract in the hospital are associated with the placement of medical implants such as prosthesis and catheters.

Bacteria take advantage of the characteristics of these devices to proliferate and become strong, developing structures that act as a shield against the immune system and antibiotics. These compact networks, called biofilms or biofilms, multiply the resistance of pathogens and severely complicate the treatment of infection. Often, the extraction of the implant is the only effective solution.

However, a team of researchers from the Genomic Regulation Center (CRG) of Barcelona and the 'Spin OFF' Pulmobiotic has developed a method that could facilitate the treatment of these resistant infections. It is a 'Viva Pill' that uses genetically modified bacteria so that, instead of contributing to the infection, they fight it. As if they were mercenary, bacteria are recruited to fight in favor of which it is its traditional 'enemy': the human organism.

At the moment, scientists have successfully tested experimental treatment in infected catheters 'in vitro', 'ex vivo' e 'in vivo' (in animals). According to your data, inoculated therapy was effective to end infection in 82% of the treated animals.

In order to convert bacteria into an effective treatment against resistant infections, researchers genetically modified microorganisms of the species 'Mycoplasma pneumoniae'. Through genetic engineering, they managed to introduce changes in their genome and convert them into microbes that are not only unable to produce disease, but are also provided with tools for 'dissolving' Biofilm's shield and directly attacking other bacteria, such as' Staphylococcus aureus', a 'usual suspicious' in implant infections.

The modified bacteria have a double antibiotic effect, explains María Lluch, researcher of the CRG and one of the main signatories of the article, published in the magazine 'Molecular Systems Biology'. First, "they exert a dispersing effect of the Biofilm, attacking the walls of the embedded bacteria. But they also produce antimicrobial molecules" that fight infection infection.

A few days after his introduction, and after having fulfilled his function, the inoculated bacteria are eliminated by the body, underlines Lluch, whose team has been studying the particularities of 'Mycoplasma pneumoniae' at a molecular level for more than 10 years.

The advantages offered by the chosen bacteria, one of the pathogens with a smaller genome, are important, says Lluch. First, it is a microorganism easier to genetically handle than other pathogens. In addition, the fact that it lacks cell wall facilitates the administration of therapeutic enzymes and contributes to lysis of bacteria that they do have it. There is no possibility, on the other hand, that this bacterium transfer genes modified to other microbes.

It is the first time that a genetically modified bacteria is used to combat bacterial infections associated with Biofilm, such as those that cause S. Aureus', researchers say, who rely on the potential of this experimental therapeutic line.

The ability to edit bacterial genomes is increasing, explains the researcher and, therefore, the possibilities that open when using these pathogens as therapeutic vectors is very large.

These 'live pills' can be a very effective vehicle not only in front of infections, but in the treatment of other diseases, says Lluch. And its advantages are multiple with respect to other therapies, he adds.

First, he explains, because the modified bacteria "can produce continuously and localized the necessary therapeutic agents," he explains. But also because, being a very directed treatment, it entails many less side effects than other systemic medications.

The next objective of the team is to test the use of these "live pills" in cases of respiratory diseases, since the genetically modified bacteria -Mycobacterium pneumoniae- is "naturally adapted to the lungs".

The study has been published in the magazine 'Molecular Systems Biology' and has the support of the La Caixa Foundation, the European Research Council, the MYCOSYNVAC project, the Generalitat de Catalunya and the Carlos III Health Institute.

1 Chemistry Nobel for parents of a technique to create... 2 Those over 70 will receive the additional dose from... 3 EMA warns of the long-term protection loss of vaccines 4 The incidence in Spain stays at 25 cases of the new... 5 An actress and a Russian director start filming the... 6 The anchor of a ship hitting against the pipeline,... 7 William Shatner, Captain Kirk of 'Star Trek', will... 8 Nobel Prize in Physics to Manabe, Hasselmann and Parisi... 9 Boris Johnson will announce the decarbonization of... 10 The weekend closes with 64 new deaths and the descent... Chemistry Nobel for parents of a technique to create...