The Federal Council adopted at its meeting on Friday informed that the Department of justice and police (FDJP) has deleted all the Schengen States from the list of risk countries. Starting On Monday (15. June) at midnight, the full free movement of persons applies to the EU - and Efta-States as well as the UK.

Now, the Swiss allowed back to shopping across the border. All of the border crossings that were closed due to the Corona pandemic in March, will be re-opened. Risk-based controls are in place to prevent smuggling and crime, as the Federal Council writes.

An exception is made, however, for Bulgaria, Ireland, Croatia, Romania, Cyprus and the UK. These six countries, which do not belong to the Schengen area, to stay for the time being on the list of high-risk States. For third States-nationals from these countries to enter Switzerland remains limited.

In Switzerland is entitled to freedom of movement of persons, and also citizens of the six States and their family members - can enter the country no matter what nationality you are. Third-country nationals from these countries may enter for up to ninety days if they are sent by a company with headquarters in the six States.

As the number of new Infections decreases with the Coronavirus, had agreed that the interior Ministers of the Schengen States already a week ago, the controls in the Schengen area as soon as possible to cancel. According to the report, many other Schengen States have been announced for Monday, the Opening up of their borders.

when the Swiss borders are also available for people from third countries is open, not fixed yet. The Federal Council wants to make the decision in consultation with the other Schengen States.

The entry restrictions imposed by the Federal Council in March, step by step. Systematic border controls have been introduced and numerous smaller border crossings closed. The aim was to protect the people of Switzerland prior to the Coronavirus, and to prevent persons from abroad, in Switzerland to treat and the health care system overload. 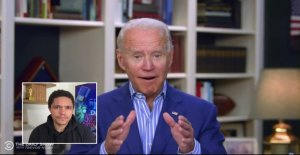 Biden fears Trump would not accept defeat in the election...