Partial unemployment : no change on the 1st July for companies and employees

there will be no reduction of the compensation of partial unemployment for employees, or a decrease of its support for business on July 1, said Monday the minis 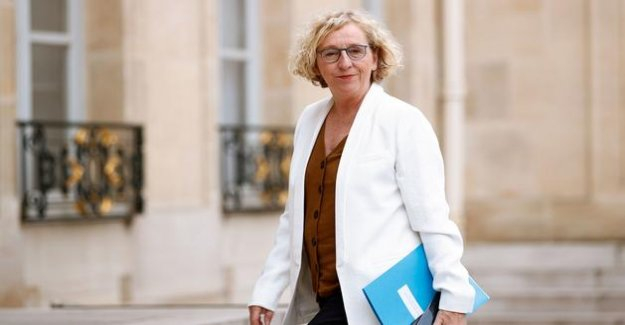 there will be no reduction of the compensation of partial unemployment for employees, or a decrease of its support for business on July 1, said Monday the ministry of Labour, in response to a variety of information and press statements from the government. "The information according to which compensation of employees in part-time workers would increase to 60% of the gross (up from 70% today, editor's NOTE) July 1, is inaccurate. There will be no change in compensation for employees part of the 1 July", said the ministry in a message to the press.

"No change for firms at the 1 July", said the entourage of Muriel Pénicaud, stating that "the consultation with the social partners continues". Since 1 June, the employers already have to support 15% of the cost of partial unemployment.

"It's going to go down a little bit,"

The minister of public Accounts, Gérald Darmanin, has, him, hinted Monday a new reduction of support by the State from 1 July. "We will go down a little bit," the part-time unemployment, he said on BFMTV and RMC, to enter the gross salary to be "60% instead of 70% currently. According to him, the employees "will certainly not see the difference" since it "belongs to heads of enterprises to compensate for the 10% or 15% that the State will no longer".

Friday, it is the secretary of State for the Economy, Agnès Pannier-Runacher, which had evoked a decrease of the support of partial unemployment on the 1st July for companies and lower compensation for employees, before retracting on the first point.

Since last Monday, a consultation was held, at the request of Emmanuel Macron, between the ministry of Labour and the employers ' organisations and trade unions to reflect on the modalities of partial unemployment and the setting up of a new device.

The trade unions are strongly opposed to any decrease in compensation of employees. As for the Medef, he wants the support of partial unemployment is not going down again before the school year began, had said Friday its president, Geoffroy Roux de Bézieux.

SEE ALSO Muriel Pénicaud: the new measure of partial unemployment will be maintained "in one to two years"

1 The case of Jörg Bernig: How serious of a Dissident... 2 Norah Jones’ new Album: The Aura of the Moment 3 Karl & Faber: take The mocha Outdoor 4 Frankfurt Skyliners: fingers crossed for Bamberg 5 For Apple and Android: The new Corona App in the first... 6 Reports from Germany: EU social Commissioner appalled... 7 After heavy rain in Northern Hesse: a supermarket... 8 Thick Minus in Frankfurt: Only Fraport airport in... 9 Stock market: bargain hunters vs. Corona-fear 10 Cerberus against Commerzbank: The hound of hell howls The case of Jörg Bernig: How serious of a Dissident...