Pepe Navarro: With all certainty, the son of Ivonne Reyes is not mine

A few days after meeting the 70s, Pepe Navarro has decided to make a gift to himself and sat on the Deluxe Saturday dish to show that he is not the father of Al 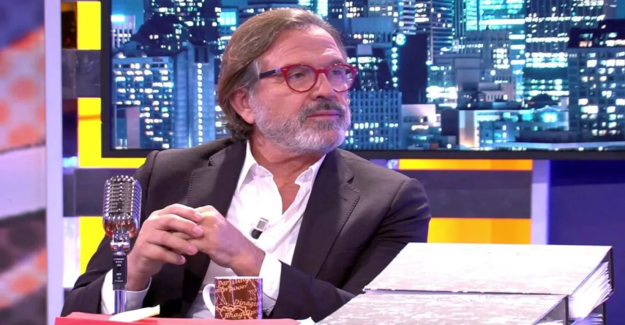 A few days after meeting the 70s, Pepe Navarro has decided to make a gift to himself and sat on the Deluxe Saturday dish to show that he is not the father of Alejandro (21), the only son of Ivonne Reyes (54) . "With all certainty, the son of Ivonne Reyes is not mine," said the presenter before Jorge Javier (51) and collaborators. At a certain moment he added that "Ivonne has been a lie. I have 4 children and that is the truth." To prove what he said he brought hundreds of documents to the program and certain sequences were seen in the judicial room: "Ivonne has not counted a single truth in the courts of the court."

The journalist alleged that "the great victim is Alejandro Reyes, that adult needs to know the truth, to have a tranquility, it is going to happen to that backpack over ...". He revealed that Ivonne had three Pepe abortions, but it showed that one of them was false because the presenter met her in January 1995 and she said that one of those losses of her was in February. "I decided not to do the paternity test for dignity, I sent him a folio with all the reasons for the judge, he was a header of mine, I was wrong, I would have to have done those tests." According to article 767 point 4 of civil prosecution, paternity can not be awarded without solid evidence, "but they endorse it."

When in September 1999 Ivonne appeared on the covers of Interviú and Man promoting his pregnancy as God brought it to the world, the enigma on who was the baby's progenitor was. With his laughter, his sweet voice and his hypnotic beauty, the presenter always came out of the tangent, even once Alejandro was born on April 3, 2000. Both began to have relations in 1995, when they coincided in the contest the game of the goose.

In the trial, Ivonne stated that her relationship lasted four years, while Pepe argued that she was two, lying on the houses of both and in the presenter's car. He simulated that relationship with which he had already had with Eva Zaldívar, mother by then the only daughter of him, Andrea. "It was a relationship that hurt me (that of Ivonne), I felt guilty, it was not well with that double life and I was not willing to follow, I never fell in love, I wanted Eva," he reconnected and had another child, Marlo (20), that many years later he found himself in the moral with Alejandro who confessed him that he was his brother. Pepe told Marlo that it was not true.

In the trial, Ivonne declared that she was the one that broke because she was not willing to share her man with another. Another lie, according to Pepe, as well as others that has been counting in recent years as he tried to commit suicide with pills, which had the home guarded with microphones, which Pepe was jealous and cowardly, who was obsessed with her and that she had always tried Confuse the press.

At that time, Ivonne was credited with Romances with González de Caldas (ex of Sofia Mazagatos), Sergio Dalma, Alessandro Lequio, Pedja Mijatovic or the businessman Javier Buch, with whom he even announced wedding. The one involved she denied that she had something with Lequio and Dalma. She pulled out that one of them was her father.

Ivonne filed a paternity demand on December 15, 2009, arguing that Pepe Navarro was the father. The Court of First Instance number 37 of Madrid interrogated him in 2010 and the judge quoted him up to four occasions at the Toxicology Institute, but she always refused. This motivated that Ivonne came out with his since the judge determined that the journalist was her father and she had to pay 600 euros monthly in maintenance.

At that time, the Fourth Stem of Pepe was born, a small oasis of happiness that did not take long to cloud because in 2012 the court of section 22 of the provincial audience of Madrid ratified paternity and, therefore, the pension increased to 850 euros al month. In 2014 Father and Son began to be sporadically, but the relationship broke down from Ivonne, always according to Pepe's version, which continues to affirm that the young man lives in a perennial lie.

Andrea Navarro decided to act on her account hiring a detective, who got Alejandro's DNA that showed that they were not brothers. This fact happened five years ago with the approval of Eva Zaldívar, who after the divorce war did not hesitate to support the EX of it. But the test was not admissible because it was presented outside the legal period. Last March, Alejandro told the mother of him to sign the peace and affirmed that he did not want to receive the pension anymore. Before leaving the plate, Navarro alleged that "when I die, my children can ask Alexander a DNA test if he wants to inherit." Alert for the allergic to peanut by the undeliated...