A Tablet size equipment that, in essence, allow access to the content of the vast majority of mobile phones regardless of whether they are encrypted, password protected or any other case of security system.

The announcement of the batch purchase has been published in the Official State Bulletin (BOE) and has been budgeted at 177,000 euros, taxes included. Terminals that will have as destination the units of foreign and scientific police.

"The General Station of Immigration and Borders develops, as part of its functions, operational investigations that make it necessary to have research elements in the field of mobile phone analysis at borders," justifies the characteristics of the sheet.

Likewise, the aforementioned document indicates that "the General Police Commissaría Evaluates Forensic Data Analysis on mobile devices for the realization of judicialized expert reports in the field of terrestrial, maritime and air borders".

The body justifies the purchase ensuring that "it is necessary to have the technical elements that allow the extraction of the data for its subsequent analysis."

In this way, Ufed Touch2 Ultimate in power of the National Police Body allow "full extraction of existing, hidden and deleted" data present in the "SMS, MMS, Contacts, Call History, Calendar, Email, Multimedia Files and Information of location (from telephone connections to habear by WiFi, with technology towers, with browsers and geotags "among others".

A mobile hacking device that, as presumed by the manufacturer, has an operating system that is updated on a regular basis to ensure its compatibility with the latest mobile models that come to the market.

Likewise, the Cellebrite system allows to reconstruct the activities and the location of the hacked phone and present them chronologically to its owner.

In addition, CelleBrite uses as the main claim that its invention is capable of Android mobile hacking protected with PIN codes, unlocking patterns and unlocking passwords "of any version" (even if they are encrypted), as well as telephones manufactured by Apple with Operating System .

Cellebrite teams are tremendously popular among police bodies around the world. In particular, in the United States, where different local and state police bodies are used, in addition to the FBI.

Likewise, it is not about the first batch purchased by the Spanish security forces and bodies, since in 2019 a public purchase was made of similar characteristics of these teams manufactured by the Israeli company.

However, its use is not limited to the security forces and security bodies, since it is possible to acquire this type of apparatus through second-hand pages on the Internet or spy stores in countries like United Kingdom, where it is They sell about 13,400 euros the unit, a price slightly higher than each of the units (11,800 euros) of the batch that wants to buy the government.

1 Whatsapp renews voice messages: you can listen to... 2 Electronic Arts gives free your accessibility patents... 3 The Xcloud Cloud game will reach Microsoft consoles... 4 Beware of these Amazon scams: could steal the bank's... 5 Bungie announces the novelties of Queen Witch, the... 6 Whatsapp will allow you to send money in the style... 7 Elon Musk announces that he will create a real and... 8 30 years of the first public access to a web page... 9 Discovered a failure that allows you to hack any device... 10 PIXEL 5A: This is how Google's new cheap mobile that... 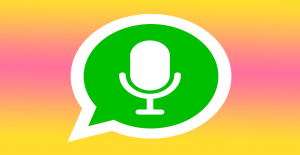 Whatsapp renews voice messages: you can listen to...