Qatar Airways will lay off foreign pilots and reduce their salaries 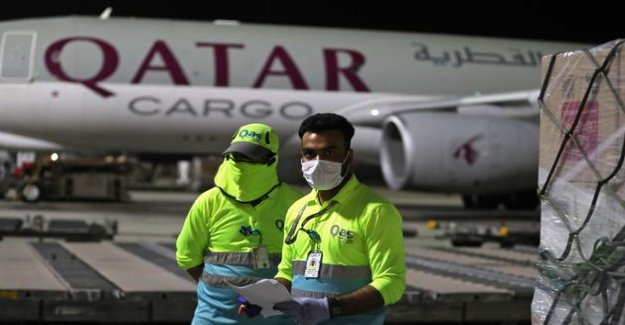 Qatar Airways will reduce the salaries of foreign pilots and lay off others to compensate for the collapse of its activity caused by the crisis linked to the new coronavirus, announced the airline in an internal letter to be read by the AFP on Monday.

the crown jewel of The rich little State natural gas in the Gulf, which served before the crisis to more than 170 destinations with 234 aircraft, has been heavily hit by the sudden suspension of air traffic imposed around the world to contain the spread of the Covid-19.

foreign drivers to the more ancient "will be subject to a 25% reduction of their wages while more and more young people will suffer a decline of 15%, has written to the director of flight operations Jassim al-Haroun, in a letter dated 4 June, addressed to them.

"These reductions in base salary will not be applied to nationals qatari", he said. "Many" foreign pilots will be sacked "in the coming weeks," said Mr. Haroun, without giving the exact figure of the persons concerned.

the Beginning of may, the airline had already warned the staff that a number of "significant" redundancies would take place. The economy of Qatar, a major gas exporter, has been rocked by the global economic slowdown and the collapse in energy prices.

airlines of the Gulf, which have seen a meteoric rise in recent years, recruiting thousands of foreign employees, have been particularly affected by the global pandemic. The air traffic in the Middle East and North Africa is expected to decrease by at least half by 2020 because of this crisis, according to the international air transport Association (Iata).

at the End of may, the Emirates airline of Dubai, the biggest in the Middle East, has announced its intention to make job cuts, without giving precise figures. The public company, 100,000 employees, had conducted in march at temporary reductions of 25% to 50% of the base salaries of most of its staff.

at the End of may, Kuwait Airways, announced the dismissal of approximately 1,500 employees, expatriates, or 25% of its foreign staff. Álex Ubago announces a duet with his mother: Let's say that my love for music has a lot to do with her Proliferation of scams easy money on the social networks