Renault Trucks will remove 463 jobs to cope with the crisis

The French manufacturer of Trucks, Renault Trucks will remove 463 jobs among its white-collar employees in order to adapt its workforce to the economic crisis c 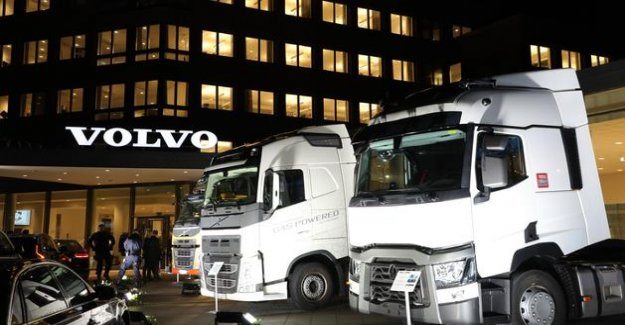 The French manufacturer of Trucks, Renault Trucks will remove 463 jobs among its white-collar employees in order to adapt its workforce to the economic crisis caused by the epidemic of Covid-19, said Tuesday the management of the company. Renault Trucks, which is why it is necessary for him to prepare for a level of activity below its pre-crisis levels "in the short and medium term", states that these reductions will affect only the technicians and managers.

The job losses will be limited to approximately 360 by the recovery in domestic activity studies that are currently under-treated by the subsidiary defence Arquus, indicates the CFE-CGC union. The modalities of implementation of this plan "are not yet known, but the company hopes to open the negotiation of a contractual termination in a collective return to the summer holidays," adds the CFE-CGC, which requires that the starts take place on a voluntary basis.

A redundancy plan based on voluntary

According to its president, Bruno Blin, Renault Trucks wishes to make use of voluntary departure and internal mobility to and "do no forced redundancies. These measures are part of a broad restructuring plan announced by the parent company of Renault Trucks, the Swedish group AB Volvo, who wants the departure of 4100 employees in the world.

Renault Trucks, account for approximately 10,000 employees, including 4500 in its industrial activities, mainly in the regions Auvergne, Rhone-Alps and in the Calvados. "The decrease in the number of employees leads to a loss of know-how and a decrease in the capacity development of both technical and commercial," says the CFE-CGC considers that this new restructuring "weakens" the French company that has already experienced a number of social plans of scale in recent years.

The editorial team conseilleChômage part: the executives of Renault Trucks drop their pay to better compensate the other salariésRenault Trucks makes the judgment in its factories, 4500 employees concernés2 commentairesBarnierditnonle 16/06/2020 19:15

no surprise, this is the new order of things - and more to come, because the electrical technology requires a workforce that is much more small

1 0:6 against Nürnberg: debacle for labor 2 Break in the Lufthansa: 2600 flight attendants and... 3 Test run in the South of Hesse: E-Highway to delays... 4 3:0 against Wolfsburg Gladbach puts Leverkusen under... 5 Tennis in New York: the Green light for the US Open 6 Second League: Hamburger SV sends Bielefeld 7 European asylum law: the SPD parliamentary group against... 8 Federalism-Update: Equivalent living conditions now! 9 Corona pandemic in the state of Hesse: Now in Darmstadt... 10 Process kick-off in Frankfurt: commitment to the values...