Russia runs out of iPhones ... and without Google Maps

Becoming an iPhone in Russia is from today a little harder, and not only because the fall of the ruble has become an even greater luxury than it was before. A Becoming an iPhone in Russia is from today a little harder, and not only because the fall of the ruble has become an even greater luxury than it was before. Although the phone is still distributed in some shops, Apple no longer matters new units or sell them through your store.

The company has confirmed that it slowed the importation of all its products (not only iPhones) to Russia last week in response to the invasion of Ukraine. The Apple Pay payment system and other services are also limited and the applications of state propaganda media, RT News and Sputnik, are no longer distributed in the App Store outside of Russia.

"We are deeply concerned about the Russian invasion of Ukraine and we support all people who are suffering as a result of violence," they have communicated from the company in a brief note explaining the decision.

But Apple is not the only technological company that has decided to restrict its services in Russia. More than a dozen technology companies are making similar decisions to protest the actions of the Moscow Government.

Google, for example, has limited some functions in its products and tax restrictions on state media.

The Google Maps traffic function has been blocked in Ukraine to prevent armies from discovering troop movements (such as soldiers tend to take their mobile over, Google interprets a lot of them moving slowly as a jam).

The company has also blocked the distribution of news from Russian state media in Google News and cut the monetization options from its YouTube channels. Google Pay has also stopped working in the country by the economic sanctions imposed.

Goal, the company before known as Facebook, has also cut part of its services. In Europe, for example, access to RT News and Sputnik has been blocked completely, following the guidelines of the Union.

Microsoft is another that has also joined the block of the RT chain. "We have eliminated the RT News application from our Windows Application Store and restarting priority to the search results in Bing so that it only returns links to RT and Sputnik when a user has the clear intention to navigate to those pages," explain from the company.

The popular video service on demand Netflix has also warned that it will not comply with a law that forced him to retransmit the signal of 20 Russian state chains from today. "Given the current situation, we have no plans to add these channels to our service," said a Netflix spokesman on Monday night.

These decisions are, in all safety, to further raise the relations between Kremlin and the large American technology companies, who already suffered from excessive tension. A law approved at the end of 2021 requires these companies to have local offices and servers for their data, but few have taken the step.

The type of information that handles also converts them into a target for censorship and control of the population. Meta, without going any further, suffers from the past weekend Partial blockades in Russia and from the company aim that these cuts are partly aimed at braking the protests of Russian citizens against war.

1 Tips For Video Slot Enthusiasts while playing Video... 2 Garden Room FAQs - Top Questions Answered 3 How to Ensure Total Privacy When Your Bathroom Has... 4 Can Glass Splashbacks Crack (and Other FAQs) 5 The IBEX 35 goes back to 8,300 points and oil scale... 6 Russia advances in southern Ukraine and prepares the... 7 Xiaomi launches on the MWC two new little with AMOLED... 8 The discrete life of José María Cano with many secrets 9 War starts again the stability pact in the EU 10 Healthy And Strong Man In Today’s Society 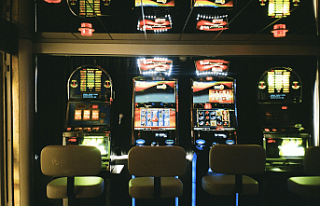