Continue the low profile. Spain, after being of the latest European countries in closing their airspace to Russian airlines, it will be circumscribing the shi Continue the low profile. Spain, after being of the latest European countries in closing their airspace to Russian airlines, it will be circumscribing the shipment of offensive armament to Ukraine only to the agreement adopted by the European Union and does not foresee either increase the budget in defense, as other governments will do not Community in response to the Russian invasion of Ukrainian territory.

This has been announced this Monday the president of the Government, Pedro Sánchez, in an interview granted to RTVE in which he has avoided specifying whether his executive partner, united, has vetoed these two aspects as long as he did not open a new crisis in the Boos of the coalition that forms the Council of Ministers.

In this way, Sánchez has ruled out sending weapons - as they have done countries such as Germany, among others - under the idea that support for Ukraine already arrives through three ways: "Humanitarian aid through Poland and Moldova, the Referral of defensive material -cases and vests- and the activation of the Mechanism Fund for Peace, 500 million euros, to supply offensive material. "

In addition, Sánchez has been covered in the rise of the budget executed by its Government to date to not determine whether again, contrary to Germany - will raise public spending for defense as a result of the conflict that is lived in Eastern Europe.

It has also been supported by the "ecological transition" to reach the hand to France in order to establish a gas interconnection and green hydrogen. "Europe can not depend in 40% of the gas supply" of a country such as Russia, which threatens Western stability.

Although the interviewer, Carlos Franganillo, has asked him directly if the position of Spain not sending weapons is a demand for the United States, Sánchez has avoided responding directly: "The greatest gift we could give Putin is the division, the No unit, "he said.

"Here what is being played is the questioning of security and the European project, the unitary response we are giving is important," he added.

He has also warned the Russian president that all penalties that the European Union is imposing "they will last until all their Ukrainian troops withdraw it."

To date, the Government Management of the crisis in Ukraine has been characterized by the understanding between government coalition partners. In fact, united we can choose to mark profile and show their differences from outside, as a political training, but it remains based on the Council of Ministers, where it says to be "satisfied" of the acting headed by Sánchez, even though the training only It has an armchair in the National Security Council. It occupies Yolanda Díaz. According to government sources, Sánchez and she maintained a "constant" dialogue since the Russian attack exploded.

This Monday, the purple reduced the pressure on the shipment of offensive armament by the European Union to Ukraine to face the Russian invasion and criticized that this maneuver "increase the war escalation" of the conflict and go in the opposite direction to the role " Pacifier »that the Community countries should assume.

The decision of the European Commission was also criticized from the United States to prohibit that means related to the Russian Government - as Russia Today or Sputnik - emit content in European territory, something that was defined from the purple party as a "censorship" that "does not benefit »In no case" on the information ". And, as a sail of the day, he turned his back on the announcement of the Minister of Defense, Margarita Robles, on the intention of increasing the deployment of Spanish troops in the Baltic countries, as part of the Mission of NATO, to avoid an aggression Russian. A series of "legitimate" positions, assume, but who do not rest in the government's sint of "responsibility" in the face of the severity of the situation.

"Right now, the priority is to build the processes of dialogue," the National Course of Poso, Javier Sánchez Serna, remarked on the announcement of the European Union to allocate 450 million community money to the sending of lethal weapons to Ukraine. "From we can we believe that the war can not be done in the name of peace," he sentenced. He was followed by Sira Rego, from left left: "The role of the European Union should be peaceful. Military climbing is not an option ». And topped, more moderately, the minister of social rights, Ione Belarra: "The war is never the way," the general secretary of We can, who showed some alignment with the outdoor holder, José Manuel Albares, and said that "in These days the fundamental thing is to defend a common position and a clear commitment to the lack of self-conflict.

The tone of Sánchez and his advertisements advance and outline the intervention of the Tomorrow President at Congress, where he goes to account for the position of Spain against the conflict in Eastern Europe. An appointment that, without internal noise in the Council of Ministers nor a strong opposition as a result of the serious crisis suffering from the PP, is not expected to have a strong response. However, both from popular ranks and from citizens it has been pointed out in the last hours that it is united we can limit the PSOE and prevents the reaction of the Government from being "decisive and forceful".

1 The hiking tip: High on the sky swing 2 Resistance: Ayax's dart to Vox voters who go to their... 3 Las Vegas off-duty police officer is accused of robbing... 4 TikTok users can now post videos that are up to 10... 5 Children aged 5-11 may not be protected by the Pfizer... 6 California, Oregon, and Washington announce the end... 7 On the rocks: Governors ban Russian vodka sale in... 8 Derek Jeter, Miami Marlins CEO and shareholder, steps... 9 Estee Lauder executive fired after posting racist... 10 As Russia intensifies its assault, heavy shelling... 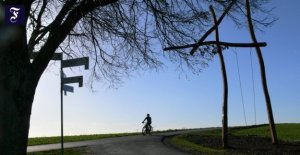 The hiking tip: High on the sky swing