At the end of a week's worth of announcements, the boss of the French branch of Sanofi, Olivier Bogillot, reacted on the recent engagements of the group. Inter 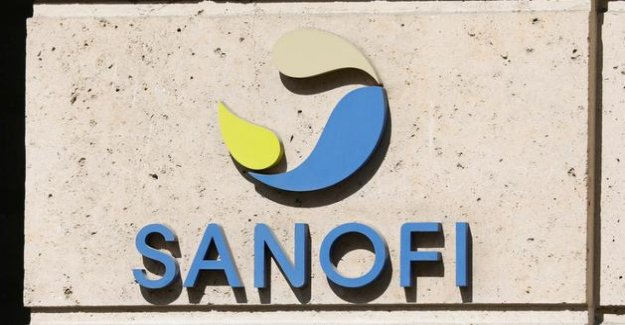 At the end of a week's worth of announcements, the boss of the French branch of Sanofi, Olivier Bogillot, reacted on the recent engagements of the group. Interviewed on BFM Business, the businessman has estimated that the willingness to relocate the production of paracetamol was "a good idea [...] in a context where a number of factories were relocated in Asia".

Sanofi, which has 18 plants in France and 40 in Europe, did not "roll" all of its tools of production, has specified the representative of the group : "the paracetamol is produced in France", in particular, but not its active principle, of which the provider is a "party in China," he explained.

Now, Sanofi has been working for a certain amount of active ingredients of paracetamol "is produced in France". The group does not, however, relocate its entire production, preferring to multiply the sources for questions of security of supply chains : "the crisis of the Covid-19 revealed that when countries close their borders, such as India, the active principle can not cross the border. It's not bad to have a source in Europe", to avoid that the strings to be suspended, he added. For Olivier Bogillot, it is normal that Europe has production assets", in this context.

As announced on Tuesday, his company is going to invest half a billion euros" to create the vaccine plant "the most modern in the world", that will make three or four vaccines simultaneously, where most can only achieve one. This production unit will be able to "adapt very quickly", in the event of a pandemic, and will be supported by a research building in which Sanofi will invest € 100 million. The plant will be located in Neuville-sur-Saone, near Lyon.

"The state of mind is super important"

The leader also believed that "state of mind" advocating the development industry and the relocation was "super important". The latter is not enough, however, he nuanced, saying that it supports a reduction of the tax production. "I understand that it was in the plans of the government [...] it is expected to decrease or disappear", he advanced. At the european level, the market is "very hard", with growth "relatively low". "We must allow innovations to be paid' on the old continent, has suggested the businessman.

1 Elisabeth Merely promises that SNCF will also be supported 2 Green Officemovement: A green office for the Goethe-Uni 3 Almost 20 percent less in may: tax revenues, a break... 4 IT service provider Axsos: Stuttgart-based company... 5 The Corona-crisis: BMW follow, the works Council wants... 6 Corona exacerbated plight: Karstadt, Kaufhof shrinks... 7 Shearing a tree stock of the week: Lufthansa's shareholders... 8 Child abuse in Sport: To protect girls and boys a... 9 Hohenzollern claims: A Prince Fund against the Prince 10 Child abuse: Only the criminal context is not enough... 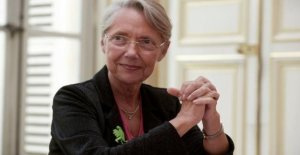 Elisabeth Merely promises that SNCF will also be supported