Santiago Abascal in Brazil: We have to unmask the Forum of Sao Paulo and end its criminal recipes

The leader of Vox, Santiago Abascal, warned again against the Forum of Sao Paulo and the group of Puebla (led by Lula da Silva) and against the "communist" po

The leader of Vox, Santiago Abascal, warned again against the Forum of Sao Paulo and the group of Puebla (led by Lula da Silva) and against the "communist" political movements in Hispanic America. This time, Abascal launched the messages of him from Brazil, within the framework of the Promotion of the Manifesto de Madrid, sponsored by VOX through its Disence Foundation. And he was forceful in his speech: "We have to unmask the Forum of Sao Paulo and put an end to their criminal recipes."

Abascal participated last night at the political conference 'Brazil Deep', organized by the Conservative-Liberal Institute, a center of thought, reflection and intellectual creation oriented to the battle of ideas against cultural Marxism.

Invited by Eduardo Bolsonaro, a more voted deputy of the history of Brazil, Abascal has denounced the Sao Paulo Forum strategy and the group of Puebla: "Do not deceive us, we know them very well. After their good words and their sugary speeches, after Its colors and their smiles, is the same totalitarian and liberticular project as always. We have to unmask them and send their criminal recipes to the basin of history. "

"Spain and Brazil have a past and a present in common, they have not been able to with our countries nor the separatist movements nor the globalist oligarchies, we are part of a community of 700 millions of speakers of two sister languages, a community that has never looked at the Color of the skin and now has to become a decisive pole for the next world, "said Vox leader.

Abascal has dedicated part of his intervention to the defense of life and family. "We have to affirm with rotundity, with joy, with enthusiasm, that the family is the basic institution of society, that the family is love, solidarity, disinterested delivery, care and transmission of knowledge. The family is, in short, a shelter Before the powerful who want to tell us how to live, how we have to speak or to whom we have to love, "he said.

1 Instagram will recover a function that users have... 2 Yolanda Díaz transferred to the Pope Spanish legislative... 3 The PP demands the urgent appearance of pillar llop... 4 The Church withdraws all rights and functions to Xavier... 5 USA and the United Kingdom warn of the serious consequences... 6 New Zealand investigates if a man received in a day... 7 Renewables already generate almost 50% of electricity... 8 The Pyrenees, one of the most affected mountains by... 9 The Volcano de la Palma has won both terrain and the... 10 Manolo Santana dies, the entrepreneur and passionate... 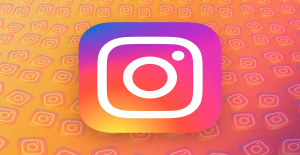