Senators tackle the carbon impact of digital in France

european carbon Tax, reduced VAT on terminals refurbished or ban mobile packages unlimited : a mission briefing in the Senate proposed on Wednesday of the first 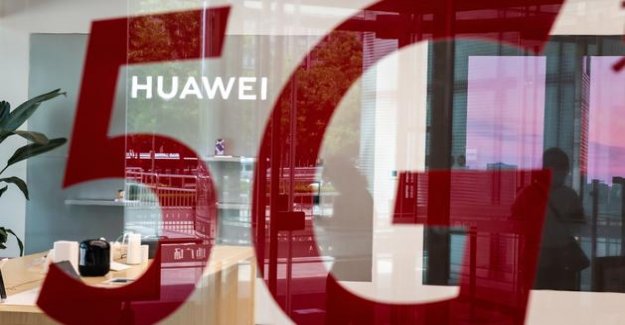 european carbon Tax, reduced VAT on terminals refurbished or ban mobile packages unlimited : a mission briefing in the Senate proposed on Wednesday of the first measures to limit the ecological impact of digital in France.

read also : The increase of the carbon tax has had no negative effect on employment

According to a study commissioned by the mission information, the digital represented in 2019 2% of the total emissions of greenhouse gases in France (15 million tonnes CO2 equivalent) and could increase by 60% by 2040, said the senators during a press conference.

The end of the mobile packages unlimited?

But the figure surprised the experts, as the organization GreenIT, who has published on Tuesday a report estimating the impact of around 5% in 2020 and asks about the scope taken into account by the senators. The two studies agree, however, on the most important source of these emissions: the user terminals (televisions, especially the larger screens, smartphones, computers, connected objects), mainly during their manufacturing abroad.

"The reduction of the carbon footprint of digital in France will particularly spend by limiting the renewal of terminals, so that the duration of life of a smartphone is now 23 months old," explained the senators in their report. Thus they propose to encourage the purchase of terminals refurbished thanks to a european carbon tax, or by applying a VAT to 5.5% on the repair terminals or the purchase of appliances second-hand.

read also : The carbon tax has reduced CO2 emissions by 5%

The senators will also attach to slow the growth of uses of the internet, consumers of electric resources, by prohibiting the packages of mobile data and unlimited taxing the largest issuers of data, such as streaming platforms. They call on the other hand the data centers to settle in France, where they could benefit, according to their analysis, a carbon footprint lower due to an energy mix heavily dependent on nuclear power, less CO2-emitting power stations.

Notice reserved on the 5G

On the telecom networks, which are responsible for 5% of the total carbon footprint of the digital, the senators want to continue with the equipment throughout the territory by optical fibre, but reserve their opinions on the new generation of mobile networks 5G, which will cause an increase in consumption of data and a renewal of the terminals, pending evaluation of its environmental impact. "I am quite positively surprised that the minister of the ecological transition and the minister of health have adopted this position," said the senator of the Ain, Patrick Chaize, president of the mission briefing.

The minister of the ecological transition Elizabeth Terminal and the minister of Health Olivier Véran, had sent a letter to the prime minister asking to wait for an assessment of the health and environmental impacts of the 5G before you deploy this new network.

The editorial advises that you"Covenant green": carbon tax at the borders ressurgitFraude record to the "carbon tax": sentence upheld on appeal for one of the main prévenusTaxe carbon border: France wants an eu agreement "as quickly as possible"No comment

1 Corona-heroes of students: Our personal Corona hero 2 Problem animal in Trentino: The bear is back 3 F. A. Z. exclusive: Lufthansa-a major shareholder... 4 Agreement with plaintiffs: Bayer closes billions of... 5 Excavation for Terminal 3: fear-infested mounds in... 6 Consequences of the lock downs: How big is the harm... 7 Online betting exchanges: Hamburg takes action against... 8 Murder trial in Frankfurt: shots fired at man in the... 9 Writing project for young people: to Be the Corona... 10 F. A. Z. exclusive: Frankfurt University Senate wants...