Getting a PS5 more than a year after its launch is still mission impossible so Sony has decided that the best thing, to try to alleviate demand, is to continue Getting a PS5 more than a year after its launch is still mission impossible so Sony has decided that the best thing, to try to alleviate demand, is to continue to manufacture the previous generation of PlayStation for a few more months.

The company, according to Bloomberg, expected to start cutting the production of PS4 consoles at the end of last year to give more protagonism to its new machine, which is much more powerful and advanced.

However, the shortage of semiconductors and logistics problems derived from the pandemic have ruined these plans. The company will now maintain the production of PS4 consoles at the usual rhythm, one million units more than initially expected, throughout the year 2022.

Due to the age of the machine (it was launched to the market almost nine years ago, although the current, thinner model, arrived in 2016), the components to manufacture the PS4 are much easier to achieve.

The manufacturing process is also simpler and during the first years of a new generation of consoles developers, usually tend to launch compatible games also with the previous ones, so most of the players can play most titles foreseen for 2022.

But the decision supposes a hard blow for the sector and puts Sony in a complicated situation. The only version of PS4 that Sony continues to manufacture is the least powerful Slim that PS4 Pro has also sold over the past five years. For many players this alternative is less appetizing.

Since its launch at the end of 2020 Sony has sold more than 13.4 million ps5, but they are also all that have been manufactured. The two versions of the machine (with and without disk drive) are exhausted in most territories and the new units arrive with dropper. PS4 has been one of the most popular video game consoles in history, with more than 116 million units distributed around the world in almost 10 years of life. Only the PlayStation 2, the Nintendo DS and the Gameboy have overcome those figures.

In addition to the frustration of potential customers this scarcity has led to the appearance of a lucrative resale market of PS5 in which these machines can reach double their recommended price, which is 399 or 499 euros according to the model chosen one.

1 4 Things businesses should focus on for successful... 2 Ricky Gervais: This clown bastard also has his heart 3 40 years of E.T: This is the life of Henry Thomas,... 4 Netflix reveals the date of premiere and trailer of... 5 This will be the Sálvame Lemon Tea de Terelu and... 6 The Moncloa corrects the United Can: A consultation... 7 Microsoft Alert of a sophisticated cyber grass directed... 8 Sean Rice, a former professional Dancing On Ice skater,... 9 Strictly's Kelvin and Liz Fletcher announce their... 10 Rylan Clark was admitted to hospital after "losing... 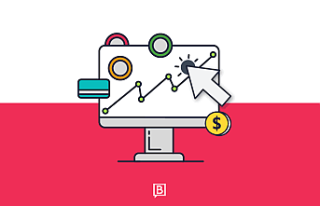 4 Things businesses should focus on for successful...