After twelve weeks of closure due to the pandemic of novel coronavirus, the auction house Sotheby's has re-opened its doors to the public in London on Monday, 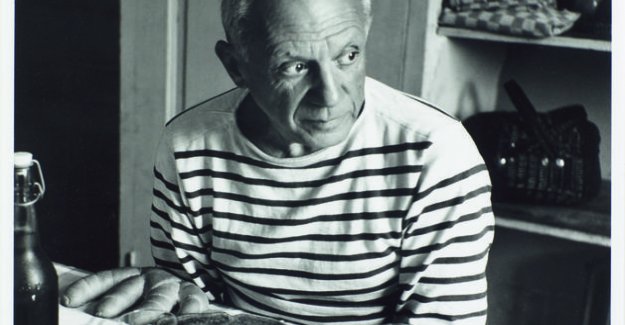 After twelve weeks of closure due to the pandemic of novel coronavirus, the auction house Sotheby's has re-opened its doors to the public in London on Monday, before an exceptional sale devoted to Pablo Picasso, which will take place online only, until June 18.

read also : auction Houses and galleries: what is the plan of attack for their recovery after the 11 may?

protection Mask on the face, only a few fans came to admire the 700 works that will be sold at the next auction, in this day of re-opening for businesses "non-essential" in the United Kingdom.

Among them, a plethora of creations of the Spanish artist Pablo Picasso(1881-1973): more than 200 paintings, drawings, ceramics and even pallets used to run well known paintings, visible until Thursday, before their auction online.

It is a sale is "unusual", explains to the AFP Helena Newman, chair of Sotheby's Europe, because of the variegated provenance of the works. More than 60 are from the personal collection of the granddaughter of the artist, Marina Picasso, the rest from collectors in various.

The idea, new to this company, established in 1744, is born in full containment at the end of march. "Due to the postponement of the main auction the fact of the Covid-19, we were still discussing how to add to sales that would walk in a straight line".

Only a prolific artist such as the cubist Malaga could give rise to a sale also varied, with works ranging from 1900 to 1972, writes Helena Newman.

"In recent years, we have seen a demand is incredibly strong for Picasso (...), the artist with the biggest international recognition of our time," says Holly Braine, a specialist in the impressionist and modern art at Sotheby s.

The sale, which will take place totally online, like the other auctions held during the containment, marks the turn operated by the multinational organization, a pandemic will require: it has accelerated the development of digital media, such as catalogues, interactive augmented reality.

online auctions are "a very important element of the future (...) because they allow us to reach a wider audience," says Helena Newman. It specifies that "a lot" of sales will take place only through this channel.

over the past three months, online sales of Sotheby's have exceeded $ 140 million at a hundred auctions around the world, with an increase of 34% of buyers.

But for visitors, there is nothing like seeing the works of their own eyes, even if, in this day of re-opening, they are still few in number, follow the marked trail, after compulsory use of a disinfectant.

"a Lot of people do not know" that this exhibition can be visited, analysis Insun Lee, a housewife in chinese 40 years and resident in London since three years. No date in sight for the re-opening of museums to the public, she hopes to be able to come back tomorrow, after tomorrow, all day".

The editorial team conseilleLes auctions 5G will take place between the 20 and the 30 septembreDans the scenes at the Drouot in aprèsVentes auction: collapse of over 80 % during the confinementLes auction not to miss in juinAucun comment

1 Messages from fans of Johnny Hallyday join the national... 2 Venezuela: the power chaviste decapitates one of the... 3 Process to Lübcke-murder: defender by Stephan E.... 4 Ethics Council to mass animal husbandry: The pain... 5 Expensive advertising campaign: the App now popular... 6 Expensive advertising campaign: the App now popular... 7 Since Tuesday morning: interference in the mobile... 8 Failures due to Corona: airline tickets to the value... 9 Basketball tournament: the digits of the decay of... 10 SV Wehen Wiesbaden: Lose prohibited 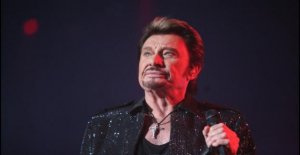 Messages from fans of Johnny Hallyday join the national...