The soccer marathon ends in a silver, a melted silver, spent energy, dried goals and ahead defense against a better, more aggressive, more intense and better br The soccer marathon ends in a silver, a melted silver, spent energy, dried goals and ahead defense against a better, more aggressive, more intense and better brazil from the bank. Two changes in the extension, Malcom and Vallejo, were the face and the cross in the action that decanted the final, the image of the outcome, after defensive indecissions also gave the Brazilians the first initiative in the scoreboard. Silver is a prize after a tournament that needed more extensions than Eurocopa, an excess for players like Pedri or Olmo, who finished standing hard, a step of feeling as he did the Heroes of 92. The future It has many emotions saved, but it will not be already under the Olympic rings. This is once in life. [Narration and statistics: 2-1]

It is inevitable that the defeat point to Vallejo, a player who has not gone well since he decided to return from the Bundesliga. He is the captain of a generation that is dismissed in these games, although relegated to a secondary role. This brooch is cruel and do not sweeten it La Plata. But neither Eric García or Pau Torres were up to the first goal, nor Unai Simón in the action of the penalty, failed by Brazil, despite his good interventions. The defense was not the best in the final, nor key players, such as Pedri or Merino Mikel. They arrived at the limit. Brazil, on the other hand, faced her more entirely, including Quartentón Dani Alves. The selection of it renews the title raised in Río and Spain equals the Silver of Antwerp 1920, that of the selection of Fury, and that of Sydney 2000. The perspective, time, will put it more in value. Any silver is a victory but football is something else. Neither just neither unfair, something else.

The first sign was already bad: Spain did not have the ball. A strange situation, which had not been given in the games. Until the end, despite the lack of goal in the early parties, the national team retained one of their hallmarks. A possession that, although not leading him to create danger, at least allowed him to save energy. In front of Brazil, he started running behind the ball, under an unbearable humidity index. Bad.

The prints were those of a very fair team physically. Brazil interpreted him quickly and, after a few minutes of caution, he advanced his lines, very intensity in the disputes. I won them all. Spain was disconcerted in such a scenario, misconduated, because it is not made for forcefulness, but for the game. Pedri, the key of vault, was still unpublished. Mikel Merino, without the connections of other parties. Asensio, chosen for ownership instead of Rafa Mir, isolated, waiting for balls that did not come because he was not played where he could be a protagonist. In the break, he lost the opportunity to be held on. He was between the first two changes of the source. The band of him was for Bryan Gil, more aggressive, ungainly, with a wild touch, to the future. It was not enough.

Brazil's chances occurred as a result of the stage, with a lot of leading prominence that not only seek the goal, but the fight. Richarlison is the best exponent, physical, brave, at auction as to the crash. For Eric García it was a torment. The Spanish defense, with so many conditions for the exit of the ball, was soft for the occasion. Brazil's first goal was like the portrait of the match: Alves wins on arrival in Cucurella, 23,. The center comes out repelled, falls from the sky. Neither Eric García nor Pau Torres take the initiative and Cunha finds the space to beat Uni Simón. The action reminded that decanted the match against Côte d'Ivoire, but upside down.

Brazil's goal arrived at the time of prolongation of the first time, but I could have done it a long time before. Above all, at the penalty spot. In that trance, Richarlison failed. He threw up very. The maximum penalty was indicated by the collegiate after being alerted by the VaR and consult the monitor. A Simon measured badly in an exit, did not clear the ball and took ahead of Cunha.

Spain needed something else, because another first time the same train would have been suicidal. From the source he called the players that he had already used as an alternative in the games, Bryan Gil and Carlos Soler. However, something more than new pieces was necessary, it had to be given greater speed to the ball against a Brazil that was going to be positioned for the counter, and with very fast players to space, such as Cunha or Antony, apart from Richarlison. To the first, the last cut in the area and failed the duel against Uni Simón, who diverted the right for the ball to be the crossbar. The match, however, had already changed.

Carlos Soler has always sat well to Spain in jam situations. He is dynamic, moves in all the arc of the attack, between lines, and it is deep. Bryan Gil does it in vertical, overflow, and diagonally. Both have a powerful shot. Bryan went to the crossbar. The effects and the game rhythm changed. The area where the activity was was now the Brazilian. The first action in which duels could win, both in the bands, the tie arrived. Carlos Sóler beat Arana in the race and Oyarzabal did it over Alves to meet his center. It sounded like a cannon in Yokohama's silence.

Spain took advantage of the psychological effect of the goal to implement the rhythm, but it has fair gasoline, especially those who played everything also in the euro, up to six, always headlines. Excessive. Pedri has appeared at times; Olmo has not been the month of June. He is melted. The precautions sent over attacks and pointed to an extension, although Óscar Gil, in a center that became a shot, and Bryan Gil could avoid it. The wood said no.

From the fountain he searched for more energy on the bench, with Vallejo and Miranda. The first did so to act on the side, by Óscar Gil. They ate it. For his part, Soares, Brazilian technician, made the first to put in the field and an old acquaintance, Malcom, Ex del Barça. On the left, he put pepper at his attack, with more intentions and more forces in the extension, and ended up defining a final in a race in which Vallejo measured the balloon's trajectory, the options of him and those of the contrary. Malcom won the space and the ball, and turned, directly. Nothing could stop him, in the same place as, almost 20 years ago, it was impossible to stop the resurrection of Ronaldo, the True. The truths of Spain was lacking goals and left behind. This silver is like sweat, melted silver. 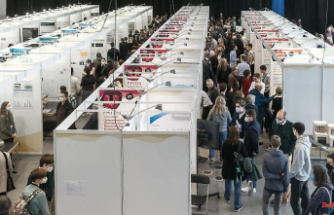 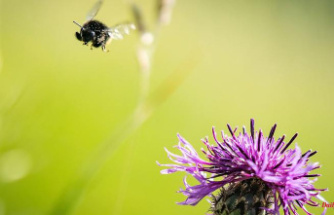 The Olympic Legend of Kevin Durant, the best player...