The deputy director of the Rome Police, Nunzia Alessandra Schilirò, known antivacunas, will be suspended from its functions cautiously by participating in an ac 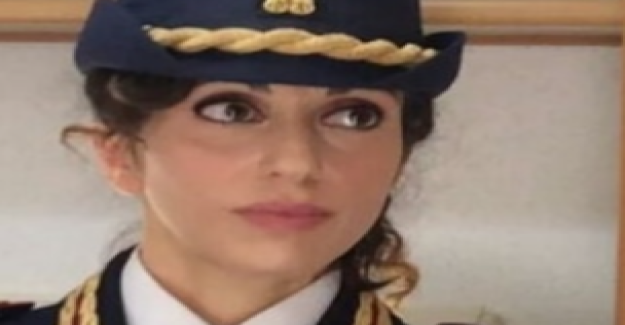 The deputy director of the Rome Police, Nunzia Alessandra Schilirò, known antivacunas, will be suspended from its functions cautiously by participating in an act against the obligatory nature of the health certificate, he confirmed today.

Schilió, Number Two of the Roman Police Headquarters, became popular on September 25 after participating in an event in the Roman Square of San Giovanni to protest against the obligation of the Sanitary Passport of the Coronavirus.

On stage, the agent stated that the document "violates the articles of the first part of the Italian Constitution" and claimed "civil disobedience". "If a law is illegitimate, I have the duty to say it precisely because I am a representative of the State," she said.

His words caused the opening of an investigation to find legal responsibilities, as he advanced in a statement at that time the Minister of the Italian interior, Luciana Luconsese, which rated his statements as "very serious".

In addition Schilirò, which in its networks is portrayed with a shield protecting the Italians from the Vaccines of Coronavirus "Falls of Heaven as missiles," has criticized the police action of this weekend in Rome to dissolve a manifestation against the health passport, In which neo-fascist movements were infiltrated that sowed chaos.

The police among other things claimed "the immediate punishment of the policemen who hit protesters without any provocation."

"It's funny how I'm persecuted and almost burned at the bonfire for having publicly manifested and free of service my thought, while it is silence that is hitting a citizen. How is it that no newspaper or television spread those scenes? Long live freedom!" , he wrote on social networks.

The agent clarified that he did not participate in the mobilization because he knew "who had adhered subjects" with those who do not have "nothing in common" and regretted that the neo-fascists who participated in the demonstration instrumentalize "honest people" who also protested against the certificate.

Schilirò also assured that it has been lowered by the union to which he had recently been affiliated and that in the coming days he will announce his motivations.

1 Boris Johnson continues to the position from his holidays... 2 Iraq captures in Turkey to Sami Jasim, a high charge... 3 Apathy and calm are imposed on the Iraqi polls 4 More than a million affected by heavy rains in China 5 Russia registers at least 34 dead and 24 hospitalized... 6 Sebastian Kurz, a chancellor in the shade in the style... 7 The Polish opposition is mobilized in defense of permanence... 8 Israel says goodbye to Merkel: Thank you, Angela 9 The Galician returns to the National Narrative Award... 10 The Planet Award surpasses the Nobel with an endowment...

Victoria Federica, unstoppable: Posa for the first time in a photocall and accompanied by her boyfriend
BREAKING NEWS HEADLINES Boris Johnson continues to the position from his holidays...